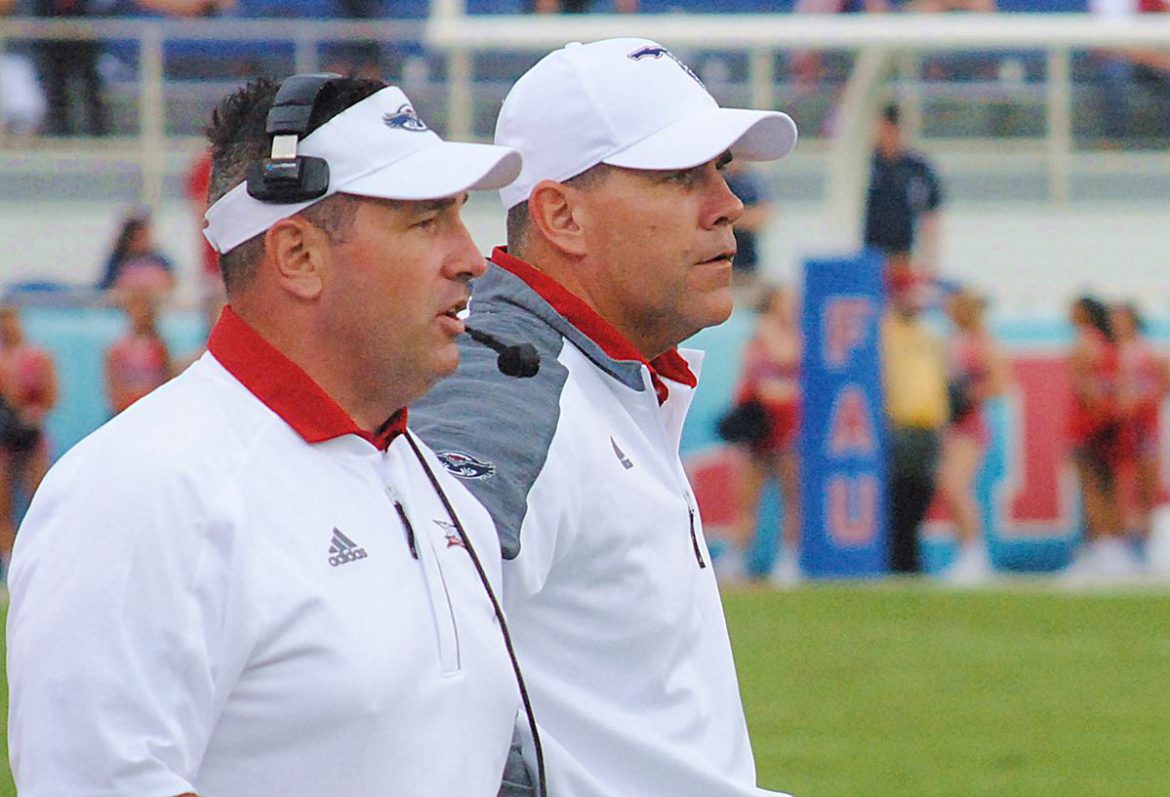 BOCA RATON – We conclude our year-end series of FAU football superlatives from the 2016 season by examining the Biggest Defensive Disappointment. Like its offensive counterpart, there are plenty of choices for this category – mostly ones FAU fans would like to forget. Joining our Chuck King and Jake Elman in offering their superlatives are three colleagues from ESPN West Palm: FAU play-by-play man Ken LaVicka, analyst Kris Bartels and producer (and host of OwlTalk) Brian Rowitz.

Chuck King (OwlAccess.com): A season that began with so much promise on the defensive side of the ball actually saw the Owls slide backward. Quarterbacks ran at will against FAU – even those who hadn’t previously shown the ability to move. The Owls’ two-minute defense was a sieve. FAU couldn’t get the big stop late in games. Let’s tie all these issues, and some that haven’t been named yet (looking at you, poor tackling) into one little package. Whether it was during a game or throughout the entire season, FAU consistently failed to make defensive adjustments that could have turned frustration into wins. The inability to make those adjustments not only led to a new coaching staff, it also was the biggest defensive disappoint of the season.

Brian Rowitz (ESPN West Palm): The defensive line (at least those not named Trey Hendrickson). The defensive line lost two NFL players in Brandin Bryant and Trevon Coley but they still hadn’t really filled their shoes by the end of the year. The struggles of the line hampered Trey Hendrickson early in the year but then he seemed to push through despite those struggles. They showed some flashes here and there but still lacked consistency throughout the season.

Jake Elman (OwlAccess.com): When your defense ranks 112th out of 128 teams in the nation in terms of points allowed, it’s hard to single out one person as being the most disappointing. Really, what was most disappointing about this defense was the inability to bounce back when something went wrong, whether it was a questionable call by officials or the opponent getting a first down on third-and-long. This was – and still will be in 2017 – a defense with talent, but it’s hard for that talent to work when the ability to make art from adversity never happens.

Kris Bartels (ESPN West Palm): This one stings a bit. Defense comes down to two things, HEART and EFFORT. I saw a lack of both of those throughout the season. I have been on the wrong side of a lopsided score plenty of times during my time at FAU when coach Howard Schnellenberger put us through “Advanced Training” games. But during all those games, the defense was the side of the ball that set the tempo. Players played every play, from snap to whistle. Everyone expected the most out of each other, and if we didn’t get it, things would change. There didn’t seem to be any of that this year. A bigger disappointment than giving up the most points in program history and the worst loss at home in program history was the lack of leadership on the field. Florida Atlantic has players with talent. Disappointing to see a lack of effort preventing them from being really good.

Ken LaVicka (ESPN West Palm): Inability to come up with a late-game stop. FAU allowed opposing offenses to march down the field to score or run out the clock with long, clock-draining drives several times to effectively kill the season. Ball State, FIU, Marshall, Charlotte….all of those teams had 4:30+ drives that gave FAU nearly no chance of getting the ball back for a shot to win. It’s no mystery why Florida Atlantic was unable to win one possession games in 2016.