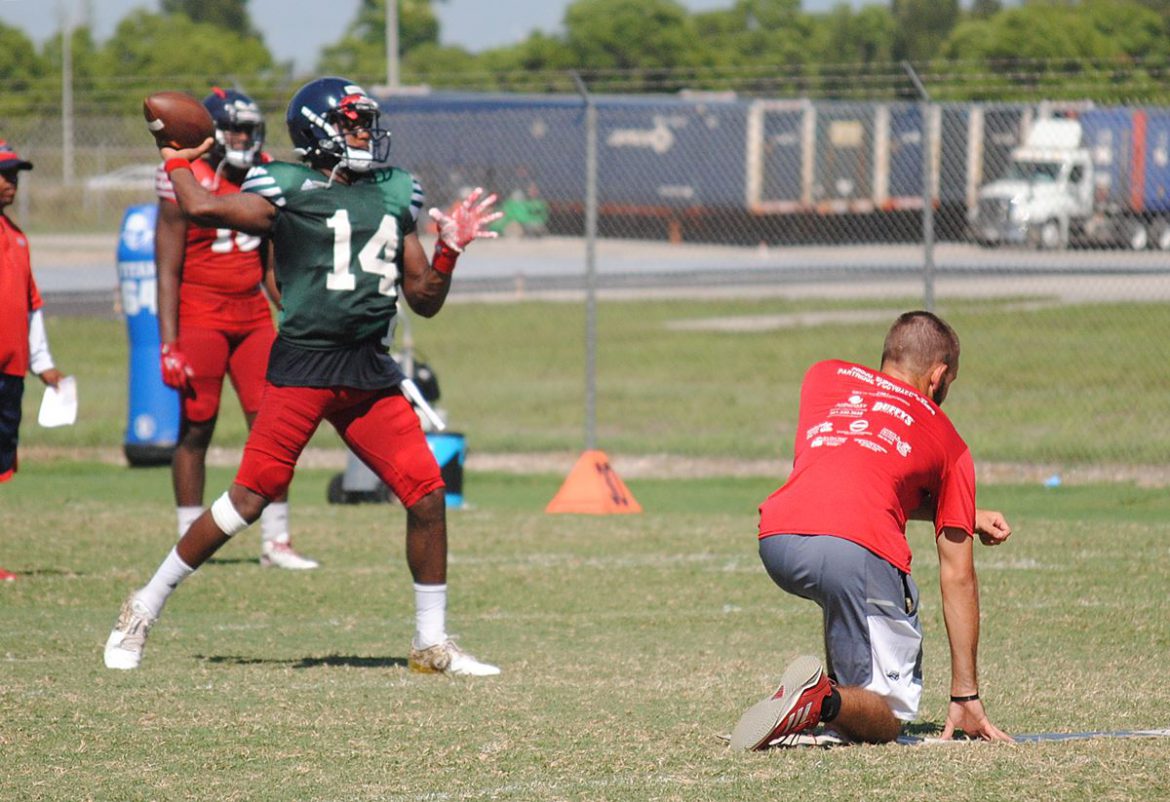 BOCA RATON – The father of FAU quarterback De’Andre Johnson wrote in a Facebook post that his son was hospitalized with blood clots in his arm – a condition that required surgery.

Johnson was admitted to the hospital on Thursday with a medical condition that FAU coach Lane Kiffin called “pretty scary.” As of Monday afternoon Johnson was still hospitalized.

FAU did not release an update on Johnson’s recovery. The condition has placed Johnson’s ability to return this season in question.

Johnson, one of the players featured prominently in the second season of Netflix docu-series “Last Chance U” while at East Mississippi CC last year, began his career at Florida St.

He spent spring and fall camp battling Daniel Parr and Jason Driskel for the starting quarterback spot, but he struggled with accuracy and arm strength throughout much of fall camp.

Parr ultimately won the battle and started the first two games of the season.

Johnson played in the opener, rushing four times for 31 yards. He also completed two of three passes for a total of five yards. The third attempt was intercepted.

Hurricane Irma forced FAU to remain in Madison following the Wisconsin game. The Owls are expected to practice at Wisconsin on Wednesday afternoon before boarding a plane and returning to South Florida.

FAU’s campus remains closed to all but essential personnel and students who live on campus. The campus is being used as a staging area for power repair trucks and tree trimming trucks.

Staff is expected back on campus on Thursday. Saturday’s FAU vs. Bethune-Cookman football game is expected to kick off at 6:30 p.m. as scheduled.

Classes will resume on Monday.