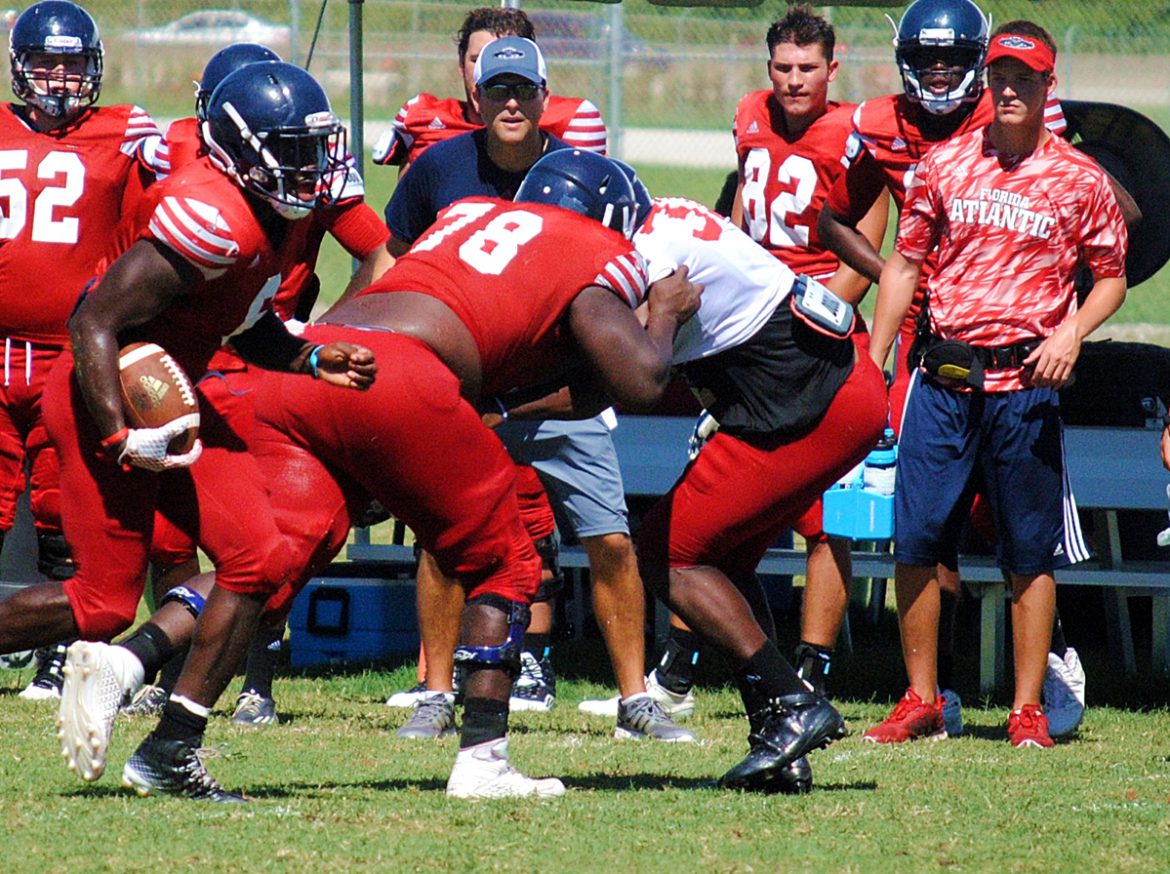 BOCA RATON – Can a college football program hold a spring practice without an offensive line?

FAU may be on the verge of finding out.

With starting center Dillon DeBoer having graduated, Williams figured to move onto the first team. A rising redshirt sophomore who saw his first game action this season, Williams should be ready to play by fall camp.

FAU stands to have the makings of a complete offensive line on the sideline as the Owls try to learn new offensive coordinator Kendal Briles’ offense. Starting left tackle Reggie Bain’s status remains unclear after he missed the entire season following a motor scooter accident in which he broke a hip, but he is not expected to be ready for spring drills.

Guard Tarrick Thomas underwent knee surgery for an injury incurred early in the season. At best, Thomas is expected to be limited for the spring.

Bryan Beck underwent his second knee surgery in as many years and will miss his second consecutive spring. For guard Jack Breshears, the surgery was on his shoulder. He, too, is unlikely to participate in spring drills.

FAU also dismissed Siffo Pierre from the team late last semester after police pulled him over on campus and allegedly found marijuana in the car. The Owls expect to receive a medical exemption for Byers Hickmon, who missed all of last season. That would end Hickmon’s football career.

Ean Biancardi is the only other offensive lineman currently on scholarship.

FAU failed in its attempt to bolster the line with mid-year junior college transfers.

FAU is in the mix for several other offensive linemen.