Drive for Six
Those who were part of the 2013 FAU team, the last Owls' squad to gain bowl eligibility, say this year's version brings more excitement. 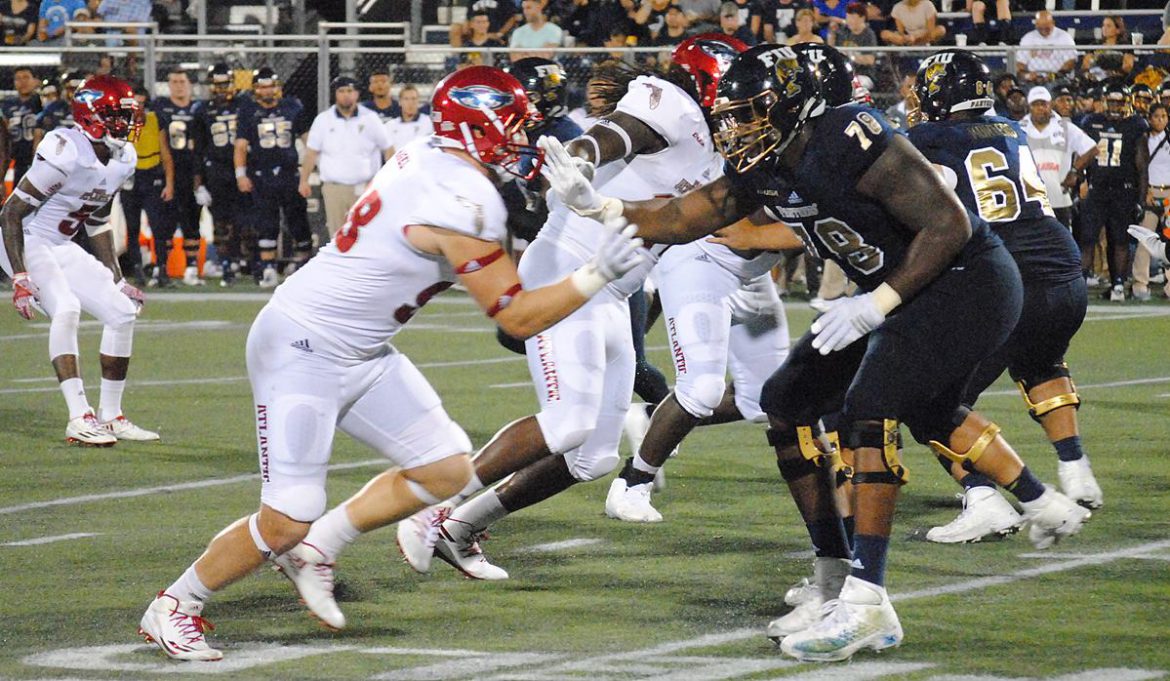 BOCA RATON – The feeling, if not quite the same, is similar.

FAU enters the second half of its season with enough talent to earn bowl eligibility for only the second time in five seasons.

Seven players remain from the 2013 team that last gained bowl eligibility at FAU. All of them used that season as their redshirt year.

“I wasn’t playing, but I still felt the energy,” defensive lineman Haiden Nagel said. “But the energy that we have on this team isn’t even comparable to that 2013 team. I just feel like it’s just, every game is going to get more and more important. We just feed off that.”

A starting guard now, Roman Fernandez said he wasn’t much more than a “practice dummy” on that team.

“You could kind of feel the excitement,” Fernandez said of the 2013 team. “We’re .500 halfway through (this) season. We’re halfway to where we need to be. It’s a good feeling.”

That .500 record the Owls currently sport has them much better positioned than they were five years ago to achieve postseason play.

Currently 3-3 and 2-0 in Conference USA play, FAU did not win its third game until the ninth contest of the 2013 schedule.

Should the Owls achieve the six-win plateau, they will also have more opportunities. None of the 35 bowls in 2013 invited FAU to participate in their game. There are 40 bowls this year, opening spots for 10 more teams, and FAU has the added attraction of coach Lane Kiffin on the sidelines to sell tickets and lure potential viewers.

The Owls begin their second half on Saturday when C-USA West Division leader North Texas comes to Boca Raton as the Owls’ homecoming opponent. Players realize that a win against the Mean Green not only gets them one step closer to bowl eligibility, it also allows them to remain in control of their destiny within the conference – keeping the dream of a conference title alive.

“These seniors right now, we haven’t had a lot of success,” Fernandez said. “I think all that past failure is going to make us even more hungry – add that drive.”