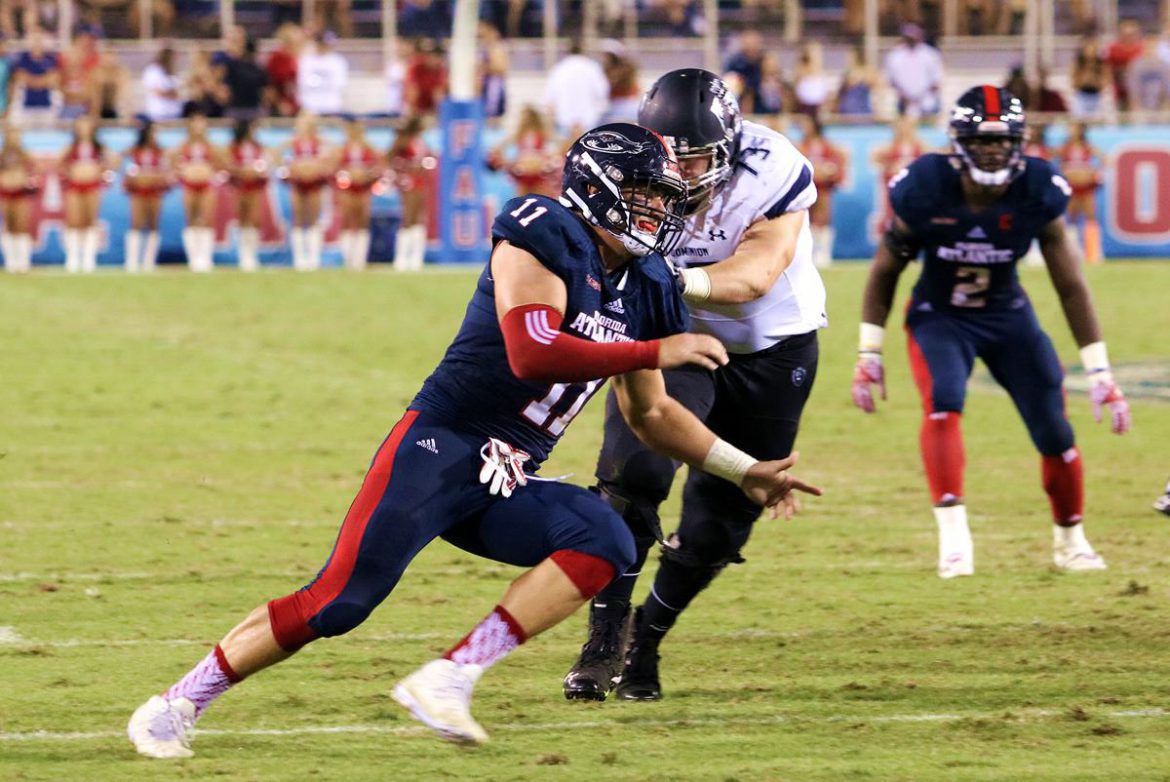 FAU defensive end Trey Hendrickson is tied for the top spot nationally in blocked kicks with four. (Photo By Bongo)

Hendrickson, a senior defensive end for FAU, recorded 9.5 sacks and 15 tackles for loss this season despite being double- or even triple-teamed on nearly every play. His 50 tackles on the year were a career best.

Those statistics come one year after Hendrickson finished second nationally with 13.5 sacks. His career 29.5 sack total nearly doubles that of any other player ever to wear an FAU uniform.

Hendrickson is the first FAU player ever named Conference USA Defensive Player of the Year. He earned the honor while contributing in all three phases of the game.

He’s currently tied for the lead nationally in blocked kicks with four. FAU also employed Hendrickson as a fullback during goal line situations for the final half of the season.

Hendrickson is the second FAU player to receive conference player of the year honors. The Sun Belt tabbed quarterback Rusty Smith its 2007 Player of the Year.

The announcement came one day after C-USA released its all-conference first and second team selection. Hendrickson was the lone Owl to make either team.

Here are the other Conference USA awards announced today: 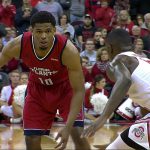