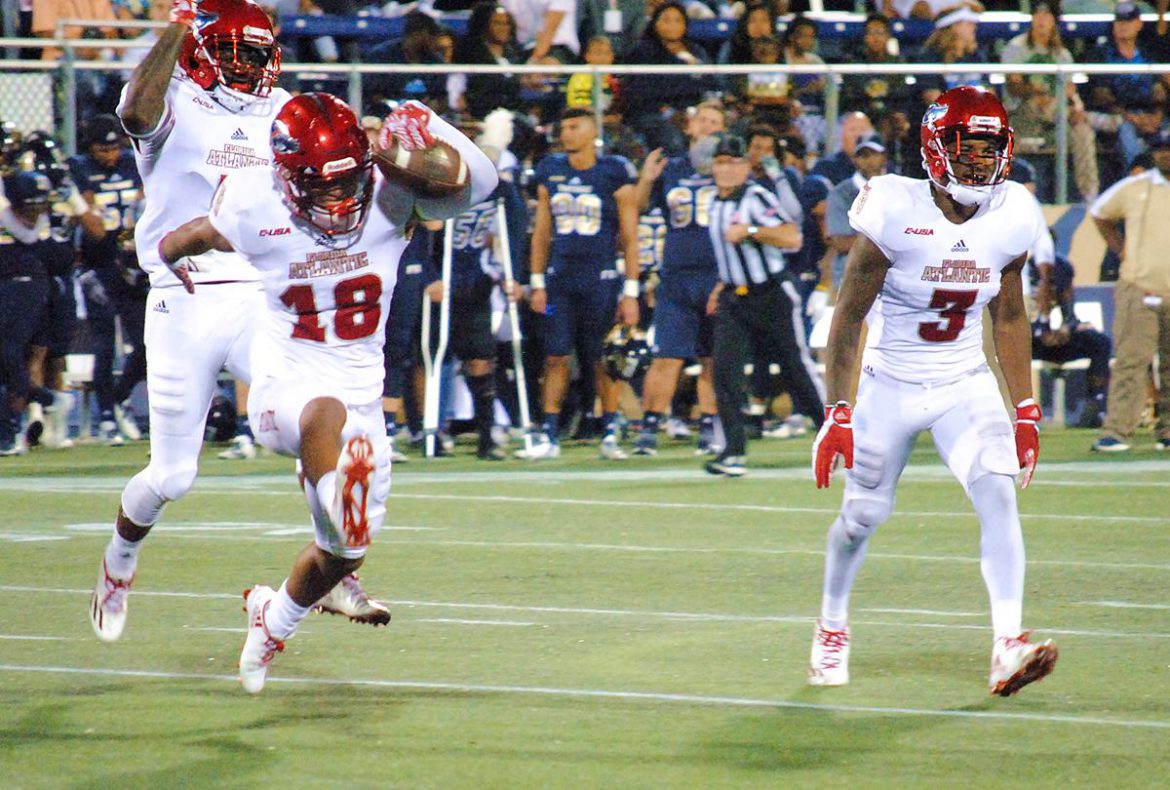 BOCA RATON – Throughout the course of FAU’s current six-game losing streak the Owls coaches consistently pointed at the team’s youth as a reason for their metronomic-like inconsistency.

Nowhere has the inexperience been more evident than in the defensive backfield. In recent weeks, however, that’s also where the Owls are seeing the biggest improvement.

“From the start of the season, yes, no doubt,” defensive coordinator Roc Bellantoni said. “They are getting better every week.”

They will need to be much better on Saturday.

In both of their last two games the Owls held their opponents under 30 points – the only times that has happened all season. But Western Kentucky, Saturday’s opponent, is not Charlotte and Marshall.

The Hilltoppers come to Boca Raton propelled by the No. 10-ranked passing offense in the nation. The 2,476 yards quarterback Mike White has thrown for is sixth-most in the nation, and he has tossed 14 touchdowns over the last four WKU games.

To slow White the Owls will likely need a big game from Jalen Young, the quarterback of their secondary who’s enjoying a bit of a renaissance.

As a true freshman last season, Young emerged as a playmaker while leaning on FAU’s other starting safety, senior Sharrod Neasman, for guidance on and off the field. With Neasman now a member of the Atlanta Falcons, Young is the man in charge of the back line of the Owls’ defense.

Early in the season he struggled with that role.

“I’m a lot more comfortable back there,” Young said. “Last year I would get in certain situations and I would get, not afraid, but cautious. Now I’m just playing full speed.”

Young’s 77 tackles this season are 18 more than any other Owl. Over the past four games he’s recorded 54 tackles, including 16 in the Owls’ most recent game at Marshall.

The true sophomore also is tied with Andrew Soroh for the Owls’ interception lead with two.

“He really has played a lot better the last couple of weeks,” Bellantoni said. “I don’t know what the difference is, but he’s playing faster. I think he’s a little less worried. I think he’s putting a little less pressure on himself, maybe less worried to make mistakes. These guys are being asked to be the leaders of the team at a very young age. Early in the season he felt like he had to be perfect and I think he understands now everybody makes mistakes, so if I make a mistake it’s OK. I bounce back. I make the next play. I think he’s really come on, the past two, three weeks he’s played better and better.”

Young isn’t the only surging sophomore in the defensive backfield.

Nickelback Ocie Rose played his best game of the season at Marshall.

“He made a jump the other night,” Bellantoni said. “He had a great week of practice. He was healthier and more focused and maybe less frustrated because of some of the issues he had.”

“It was 100 percent the injury,” Bellantoni said. “If you don’t practice you can’t get better. The thousands of reps he missed just at footwork, you can’t break, you can’t turn and it gets in your head and you’re frustrated.”

Counting Rose at nickel as the 12th defensive starter, FAU currently starts seven sophomores on defense. With cornerback Shelton Lewis and safety Andrew Soroh, four of them are in the secondary.

Now that Young is coming on, the Owls are now looking for Soroh to pick up his play. In recent weeks opposing offenses have taken advantage of the first-year starter being out of position – most notably on Charlotte’s 37-yard touchdown pass in the closing seconds of the first half.

“You had Jalen and an NFL player,” said Bellantoni, referring to last season. “We don’t have an NFL player right now and that’s kind of the spot where we’re a little bit weak right now.”

On Saturday the young Owls’ defense will have to overcome a serious experience gap between themselves and a WKU offense that has scored at least 50 points in three of the last four Hilltopper games.

“They are probably not ready to carry a defense as a sophomore,” Bellantoni said. “Think of Trey [Hendrickson] as a sophomore compared to where he is now. That’s where those guys are. They’re good players like Trey was but they’re not anything like they are going to be in two years. It’s a process. You don’t like hearing it, but it’s the truth.”

Kickoff at Howard Schnellenberger Field is scheduled for 3:30 p.m. 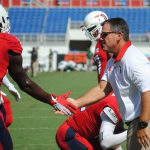 The Breakdown: FAU vs WKU