Early Risers
FAU dominated opponents early in games during C-USA play. The Owls hope a fresh approach to preparation for the Boca Bowl, brings a fast start against Akron. 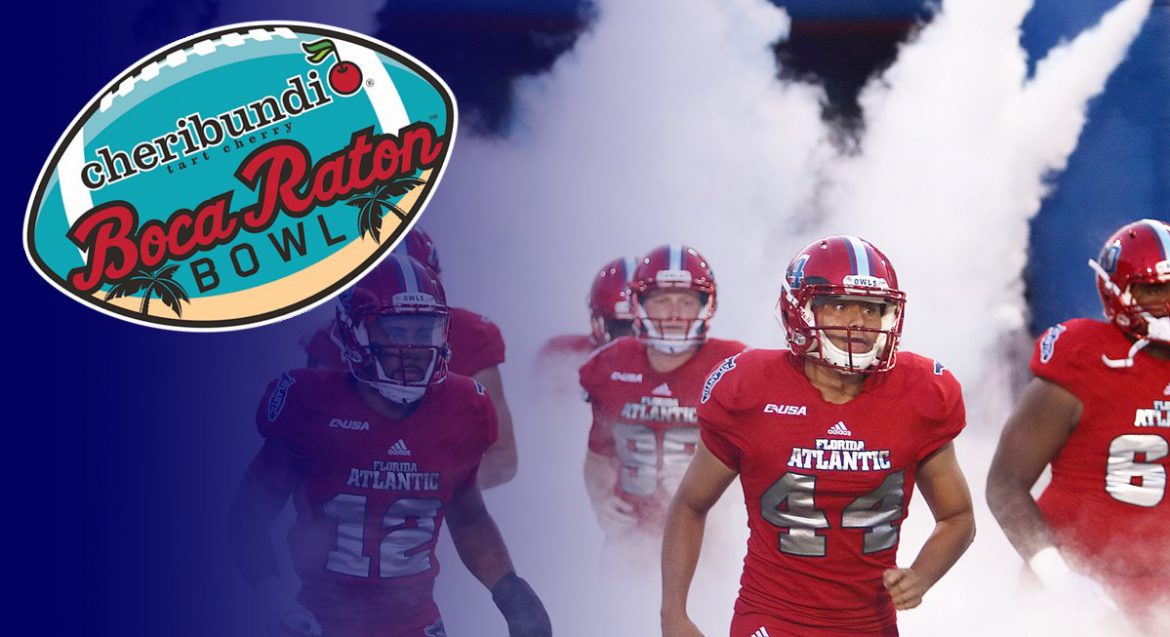 BOCA RATON – To get more out of his Owls in today’s Boca Raton Bowl, Lane Kiffin elected to go with less.

The Owls only devoted five practices to their Akron game plan. During those practices, the FAU coaches chose not to get overly physical.

It’s a plan that Kiffin says helped them win nine consecutive games to end the season.

“For the most part we started games really, really well the second half of the season,” Kifin said. “I think a lot of that is because we’re really fresh.”

During the second half of the season, beginning with the Owls’ regular season blowout of North Texas, FAU outscored opponents 87-10 in the first quarter and 169-56 in the first half. The Owls haven’t allowed a first-quarter touchdown since Oct. 28 at Western Kentucky.

When the Owls take the field on Tuesday they should be fresh. After practicing sparingly following their Conference USA title game because of exams and coaches leaving town to recruit, players received Dec. 12 and 13 off before turning their attention to Akron.

Kiffin said that he also cut back on repetitions during their week-long preparation for Akron.

Physically, the Owls say they are ready for Akron. But some will also need to deal with the pregame emotions that come with playing their final collegiate game.

Key for the Owls: Finish what they started. FAU is the better team, but will the Owls be overconfident against Akron? FAU has the talent to put this game out of reach before halftime. To do so the Owls need another fast start offensively and defensively will have to contain dynamic redshirt freshman quarterback Kato Nelson.

Key for the Zips: Withstand the Owls’ early charge. If Jason Driskel and Devin Singletary come out on fire, the Zips are in for a long day. Same goes for Hunter Snyder, Jeremiah Taleni, Steve Leighton and Steven Leggett, who showed against North Texas that they can make a quarterback’s life chaotic. If the Owls build an early lead, they’ve demonstrated the tenacity to put teams away.

Zips at FAU: Not too long ago, two members of Akron’s coaching staff wanted to be Owls. Terry Bowden reached out to FAU in 2011 with hopes of becoming the replacement for Howard Schnellenberger. At the time Bowden, a former Auburn coach, was working at ESPN. “I can remember when this one came open, I think Howard was getting out of the business,” Bowden said. “I said, that’s one that somebody’s going to win.” FAU ultimately hired Carl Pelini for the job. Akron defensive coordinator Chuck Amato, formerly the coach at North Carolina St. and a coordinator at Florida St., also contacted FAU about multiple head coaching openings beginning in 2011.

Mr. 2,000: Devin Singletary needs 204 yards to become the first FAU running back ever to rush for 2,000 yards in a season. The Owls would love to see the back they call “Motor” to get there. “It’s great having someone like Motor run the ball like that,” guard Roman Fernandez said. “We do what we’re supposed to do and we’ll let him handle the rest.” Kiffin expects Singletary’s run this season to aid in recruiting. “It’s great for the future of the program,” Kiffin said. “When you talk about recruiting, people see it. It’s more national-type of records that you just throw in there, so when you are recruiting that position. You add that to Reggie [Bush] winning the Heisman, Derrick [Henry] winning the Heisman – things like that.”

Sack King: Unlike past seasons when the likes of Trey Hendrickson and Cory Henry ran away with the FAU sack crown, this year’s FAU sack champion won’t be determined until the final whistle of today’s final game. Linebacker Rashad Smith and defensive tackle Jeremiah Taleni currently lead the Owls with five sacks. Snyder and McCarthy are a half sack and a sack behind, respectively. Entering the Boca Bowl with a team-high 10.5 tackles for loss, Smith says it would be meaningful to end the season atop both categories. “It would be, and TFL’s, it would be special,” Smith said. 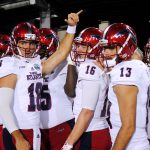