FAU will be the No. 11 seed and face Marshall in the opening round of the upcoming Conference USA tournament, which begins on Wednesday in Birmingham.

The Owls concluded their regular season on Saturday on the wrong end of a blowout, losing 93-59 at Middle Tennessee. The Blue Raiders are the tournament’s top seed.

Jeantal Cylla led the Owls with 14 points. He was the only Owl to reach double figures in scoring. FAU managed only seven assists on the night and was out-rebounded 44-21.

FAU faced Marshall once this season, losing 89-72 on Jan. 2 in Boca Raton. Four Owls scored in double figures that night, led by 16 from Justin Massey.

The Owls do not plan to return to Boca Raton until after the tournament, electing to head straight to Birmingham from Murfreesboro. FAU is on spring break this week.

FAU’s opening-round game against Marshall tips off at 9 p.m. – the final game of the first day. Winner of that game will face No. 3 seed Old Dominion the following day. Tip for that game will also be 9 p.m. 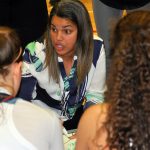