BOCA RATON – A trip north didn’t cool off FAU’s hot bats, which powered the Owls to a 10-5 victory at Old Dominion to open Conference USA play.

The Owls have now posted double-digit run totals in each of their past five games.

Eric Rivera had a strong day at the plate, going two for three with three RBI. Two of those came on a first inning single in to right field, part of the three-run frame.

A fifth inning that featured two wild pitches and a balk allowed FAU to open an 8-2 lead.

Old Dominion continued to hang on, scoring three runs in the bottom of the fifth inning on four hits and a wild pitch. The four earned runs that Jake Miednik gave up were the most he’s gave up in a gam all season.

After the fifth inning, the Owls held Old Dominion to two hits.

Key Stat: 10 – Old Dominion batters FAU pitchers struck out. Also, the number of runners the Owls left on base. 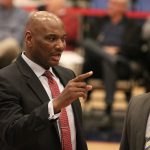