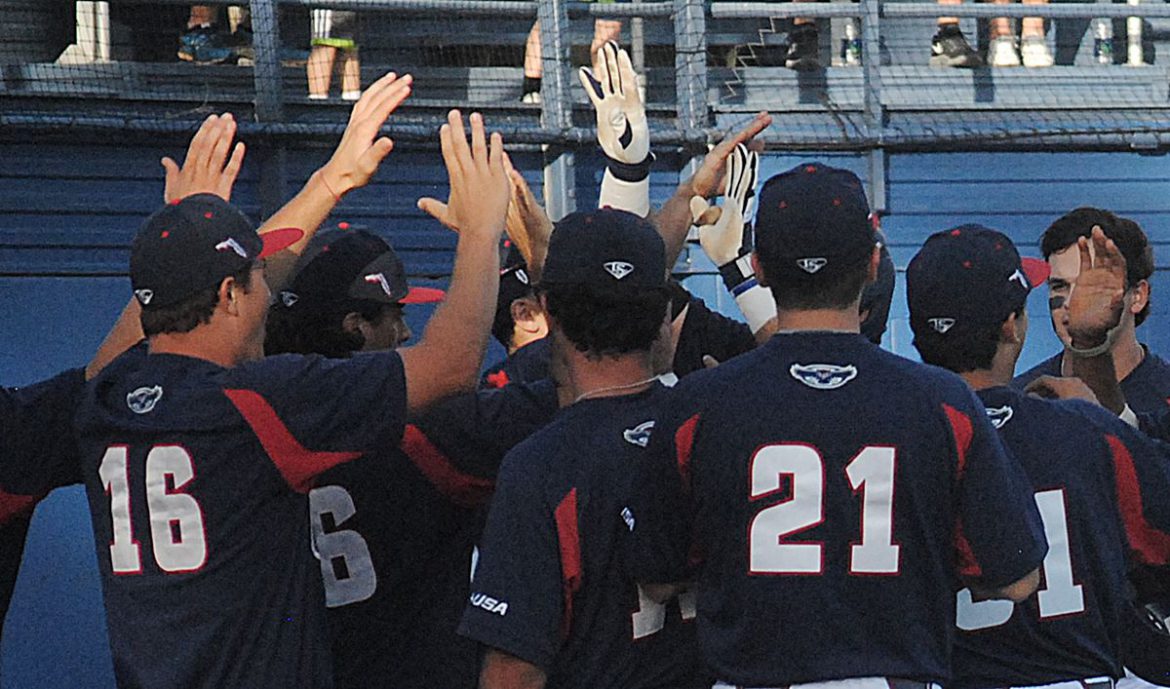 BOCA RATON – A passed ball with the bases loaded allowed Gunnar Lambert to score from third base, giving FAU the lead in the bottom of the eighth inning in a 6-3 victory over Delaware on Sunday that completed a weekend sweep of Blue Hens.

Joe Montes followed the passed ball with a single up the middle, bringing in two more runs. Montes also got the bats going for the Owls in the bottom of the fifth with a RBI single, finishing his day with two hits and three RBI.

“Just trying to pick out a pitch, and hit the ball hard,” Montes said.

FAU trailed through six innings, until Pedro Pages hit a sacrifice fly into center field, allowing Tyler Frank to tag up and score from third base.

The Owls remain dominant at home, moving to 6-0 in Boca Raton on the young season.

The first two games of the series featured strong FAU pitching performances by starters Jake Miednik and Kyle Marman, each of whom strike out 14 in their starts.

Sunday starter Vince Coletti wasn’t as successful. He gave up two runs in the top of the first inning when he walked a batter with the bases loaded, and another on a ground ball to second on which the Owls unsuccessfully attempted to turn a double play.

“For some reason, we were a little discombobulated in the beginning for whatever reason,” coach John McCormack said.

The Owls only allowed one other run, which came in the fifth inning when Nick Patten lined a double into left field allowing Delaware to take a 3-0 lead.

Moving Forward: Pedro Pages leads the team with a .357 batting average through the first seven games… After starting the season 1-for-18, Tyler Frank enjoyed his second consecutive two-hit day from the lead-off spot. … Drew Peden continues to be a dominant force in the bullpen, pitching 1 1/3 scoreless innings with two strike outs.

Key Stat: 42 – Strikeouts recorded by by FAU pitchers during the three game series with Delaware.

Up Next: FAU hosts the Miami Hurricanes Wednesday at 6:30 p.m. 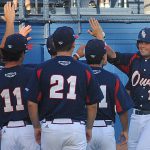 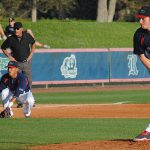