Double Duty
FAU coach Dusty May says he would welcome football players on his team, and even asked coach Lane Kiffin if any current players could help May's injury-depleted roster. 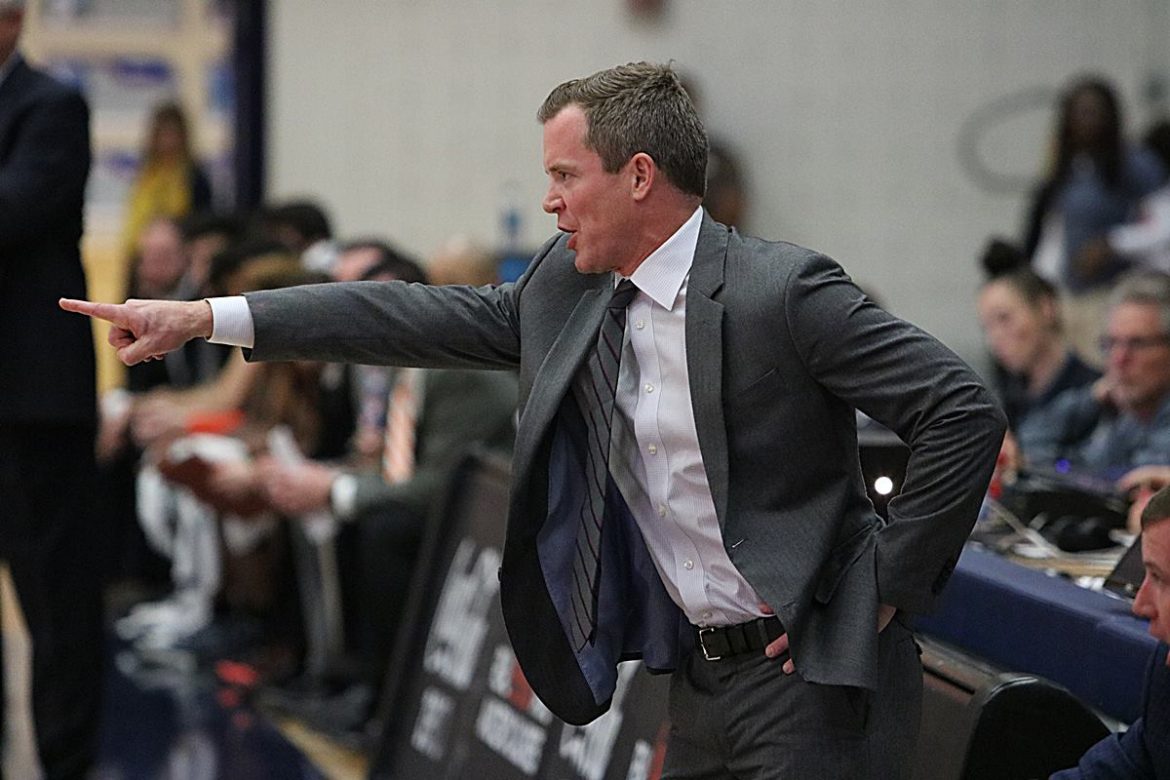 FAU coach Dusty May directs traffic during a game earlier this season. (Photo by Bongo)

BOCA RATON – With injuries decimating his roster a couple of weeks ago, FAU basketball coach Dusty May reached across the parking lot that separates The Burrow and the Oxley Center to ask football coach Lane Kiffin for a little help.

“I had asked him if they had anybody that we could use for the rest of the season,” May said. “He gave me a couple names and the players were open to it at first, and then they basically just said that they need to focus on next season, football, for them.”

Help for next season may already be on the way.

On Wednesday FAU signed several football players who also play basketball for their high schools. At least one of them, Deltona defensive end Marlon Bradley, has already announced his intention to play both sports.

May would readily welcome a two-sport athlete.

“We love football players who play basketball and coach Kiffin has mentioned several times he loves basketball players who also play football,” May said. “I think it’s a good fit. We’re more than happy to help and have them part of our team as well.”

One benefit to May having having football players on his team is that they don’t take up any of his team’s scholarship money. By NCAA rule, the scholarship of a player who plays football and a second sport counts toward the football maximum of 85.

Players generally complete their football season, then join the basketball team with the season already in progress – usually in time for the start of conference play.

“Typically, in the past when we’ve been able to have football players suit up for basketball they bring a different level of physicality, toughness and just energy to practice,” May said.

Mike Jones played both football and basketball for UAB when May was a member of the Blazers’ staff. Gregg Guenther played both while May was at USC.

“Football players, they understand leverage, being lower than their man, and timing – certainly things that overlap with basketball,” May said.

While Kiffin already told several recruits they would be allowed to play both sports at FAU, May isn’t counting on a quick fix.

“Freshmen come in with the intention to play both and then the time commitment is overwhelming with academics and all the stuff that goes into being a college freshman,” May said. “Typically they are older players that are already established.”

May’s shortened bench received a boost when guard Richardson Maitre returned for Thursday night’s 61-48 victory over Texas-El Paso, doling out four assists in 21 minutes. He missed the previous two games because of a concussion.

The Owls face Texas-San Antonio on Saturday in a game that tips of at 4 p.m.