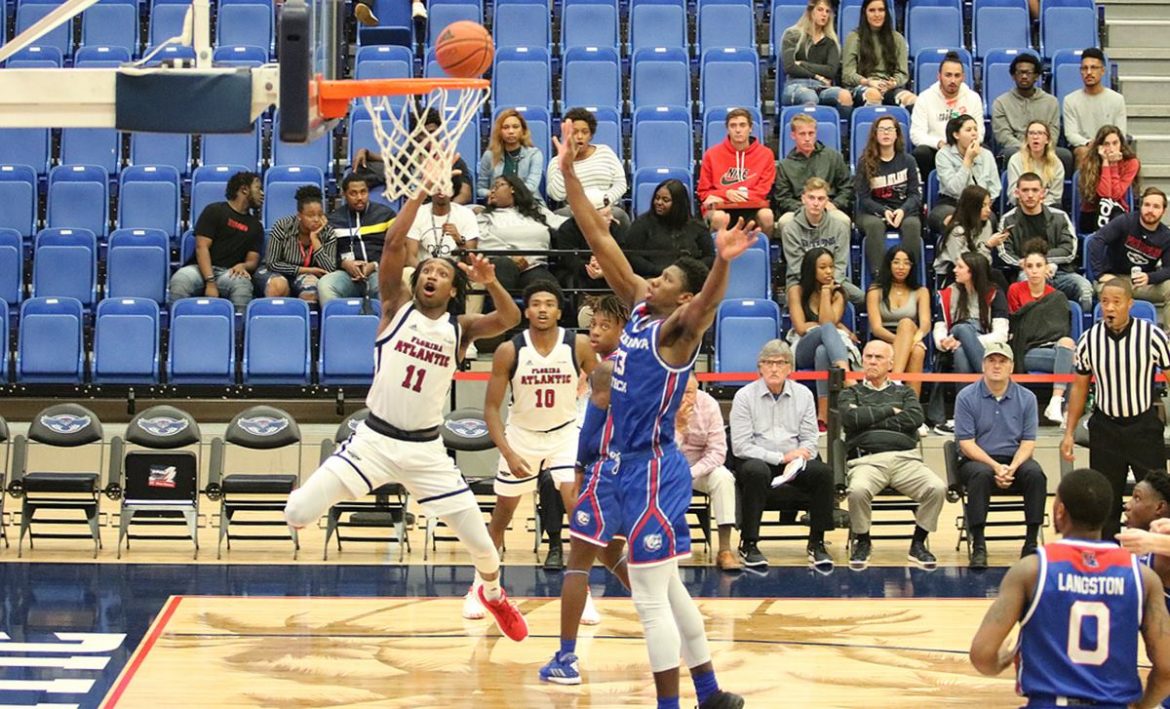 BOCA RATON -Throughout the week leading up to Thursday’s Louisiana Tech game FAU coach Dusty May and forward Xavian Stapleton downplayed their first game against Bulldogs – a school where they coached and played, respectively.

Their embrace following FAU’s 69-61 victory on Thursday night suggested the victory meant a little more than they were letting on.

Moments after the final horn sounded, out of the view of most, the 6-foot-8 Stapleton picked up the 5-foot-10 May, an assistant at Louisiana Tech from 2009-15, in a celebratory hug, spinning him around a couple times before returning his coach to the ground and entering the locker room.

“He told me, Don’t get the sweat on his suit because he didn’t want to take it to the dry cleaners,” said Stapleton, who played under May as a freshman before transferring to Mississippi St.

Providing his usual instant offense off the bench, Stapleton’s outside shooting proved pivotal on a night where FAU struggled in that area. Stapleton knocked in two of his five treys, finishing with a game-high 19 points. FAU made only 14.3 percent of its three-pointers not attempted by Stapleton.

“Playing here, this felt like another game,” May said. “The season comes so fast at you – it’s practice; it’s film; it’s preparation; it’s recruiting – there’s so much coming at you that we don’t really have time to dwell on the side stories. Maybe our families, people that we’re connected to, they probably think about it more than we do. We’re more locked into the moment.”

Starting guard Richardson Maitre missed the game with a concussion, forcing May to tighten his already injury-shortened rotation. The Owls’s bench came through when May needed it, accounting for more than half of the Owls’ points.

Center Karlis Silins changed the tenor of the game with his infectious energy when he came off the bench. His eight-point, five-rebound performance in the first half prompted May to start him over Aleksandar Zecevic in the second.

Silins finished with 14 points on 5-7 shooting and was unblemished at the free-throw line, going 4-4. He added 10 rebounds and a block.

With the Owls up one with 2:46 remaining, guard Mike Forrest drove the lane and dropped in a floater to extend their lead to three. A timely defensive stop on the other end led to a fastbreak and-one from big man Simeon Lepichev, who missed the ensuing free-throw attempt but brought the advantage to five.

FAU (13-9, 4-5) would not let its lead fall less than that the rest of the night. The victory pushed the Owls’ season total to 13 – one more than last season and their largest total since joining Conference USA for the 2013-14 season.

Moving Forward: Former FAU hoops coach Mike Jarvis was in attendance for tonight’s game. Jarvis, who retired in 2014, compiled a 76-112 record over his six seasons in Boca Raton. … Michael Forrest’s shooting was uneven (4-12 from the field), but his steady ball handling through Louisiana Tech’s defensive pressure late in the game kept FAU’s offense mistake-free. …After a cold-shooting first half guard Anthony Adger picked up the pace, finishing with 14 points – 11 of which came from the free-throw line. …FAU out-rebounded La. Tech 45-36.

Falling Backward: Kevaughn Ellis picked up a spot start for Maitre and was scoreless in 13 minutes of action – his second consecutive game with at least that many minutes without scoring. …FAU shot only 34.5 percent for the game.

Key Stat: 27.6 – Louisiana Tech’s first-half field goal percentage. FAU suffocated the Bulldogs offense, holding them to 8-29 shooting in the period. That strong defensive start helped the Owls gain a five-point edge through 20 minutes despite shooting a mere 36.7 percent themselves

Up Next: FAU is back in the Burrow this Saturday hoping to pick up a third-consecutive win, taking on Southern Miss at 4 p.m.

– Chuck King contributed to this story. 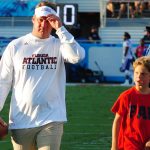 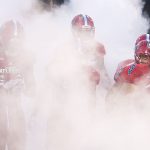