Cursed Date
One year to the day after a knee injury ended Raekwon Williams' career, the same thing happened to Azeez Al-Shaair. Now Williams vows to guide his former FAU teammate through the rehab process.

BOCA RATON – Preparing for arguably FAU’s biggest game of the season to date while also honing stills that made NFL scouts call their bosses, one of the Owls’ defensive leaders blew out his knee in practice, ending his FAU career.

Oct. 16 appears to be a cursed day for FAU. It’s the date in 2017 when FAU lost cornerback Raekwon Williams to a torn ACL that occurred in practice as the Owls prepared for their seventh game of the season – a matchup against West Division leader North Texas.

“I was completely shocked,” Williams said. “It was kind of weird. I was like, Wow, same exact day.”

Prior to the injury, Williams appeared to be on his way to an NFL career – though he didn’t have quite the buzz surrounding him that Al-Shaair, Conference USA’s preseason Defensive Player of the Year, did.

Before Al-Shaair even left the locker room following last week’s injury, he and Williams were talking on the phone, with Williams providing advice about what to expect moving forward.

“I told him, expect to have people change on you. Expect to see the real come out of everybody and everything around you,” Williams said. “If agents decide to stop talking to you, don’t be shocked because that’s something I had to go through. Once you get that injury you are put in another whole column than everybody else.”

Both Williams and Al-Shaair injured their ACLs and MCLs. Williams underwent surgery on Nov. 30. He couldn’t play for Lane Kiffin in the Conference USA championship game or the Boca Raton Bowl; couldn’t participate in FAU’s Pro Day, when other Owls seniors displayed their talents for NFL scouts.

Al-Shaair’s season is also over. His ability to compete in any or all of the drills at FAU’s Pro Day – usually conducted in late March – will depend on how he responds to the upcoming surgery and subsequent rehab.

Williams, during his rehab, leaned on another former Owl teammate, cornerback D’Joun Smith, who he says battled a knee injury shortly after being drafted by the Indianapolis Colts.

“I knew that DJ was there for me so I wanted to be there for Azeez,” Williams said. “Azeez watched me go through the process of everything, just being an overachiever at FAU and always wanting to do the little things right and be great at everything. You spend hours in the weight room preparing like a pro. To see someone go down like that, it’s hard – especially knowing how much time and effort they put into that.”

After his injury, Williams remained close to the team, much like Al-Shaair is expected to do.

“When I got hurt a lot of guys stepped up,” Williams said. “I sent text messages every day like, Hey this is a [big] game. We’ve got to be serious this game We’ve got to watch more film. This is what the receivers are doing. This is what you can anticipate and what to look for. I really took my game to another level, being like a coach instead of a player, because I couldn’t do anything.”

Al-Shaair was on the receiving end of some of those texts. Now Al-Shaair, the Owls’ all-time leading tackler and most vocal leader, will be delivering messages.

While rehabbing his knee, Williams went unselected in the 2018 NFL Draft. By the time he received full clearance to compete, in July, what few NFL offers discussed had evaporated.

“All the tryouts and workouts that I had, they just never came through,” Williams said.

He retained Cre’von LeBlanc’s agent, James Paul, who Williams says helped him sign a contract with the Orlando Apollos of the start-up Alliance of American Football league, which kicks off its first season in January. Williams’ ultimate goal remains an NFL jersey.

A Jacksonville native, Williams remained in Boca Raton. He, along with former FAU tight end Tyler Cameron, intend to pay Al-Shaair a visit early this week to help with grocery shopping and other activities that people with healthy legs take for granted.

“I know it was getting food and the little things, stuff like that, that was hard for me,” Williams said. “I just wanted to give him a helping hand so he can know that I’m always there for him.” 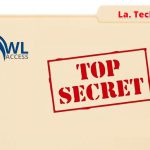 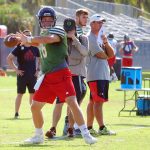