The loss is the first this season at home under first-year coach Dusty May, snapping a streak of six wins to start the season.

FAU connected on only 29 percent of its shots in the first half on Saturday, and didn’t improve much in the finial 20 minutes.

“I thought we shot a lot of out-of-rhythm threes,” May said. “I thought by us holding the ball so much we were completely out of rhythm offensively.”

Anthony Adger led FAU with 15 points. Coming off a 23-point night in Thursday’s victory over Old Dominion, Xavian Stapleton managed only 11 against Charlotte.

“We didn’t have quite the same edge,” May said, referring to FAU’s strong effort on Thursday in the upset of ODU.

Stapleton has been battling a chronic knee injury. Saturday’s game marked the first time he’s played in a Thursday-Saturday set of games since November.

Moving Forward: FAU’s pregame tailgate for students attracted a sizable crowd. Now the trick for FAU will be getting all those students to come watch the game. Attendance in The Burrow is up from last season, but still has plenty of room to improve. …Michael Forrest scored 11 points, giving the Owls three players who reached double figures in scoring. …Simeon Lepichev led the Owls with eight rebounds. …FAU made all six of its free-throw attempts.

Falling Backward: A victory would have given FAU its 12th of the season, matching their win total from last season. …Charlotte out-rebounded FAU 38-33. …Starters Richardson Maitre and Madiaw Niang combined to score two points.

Up Next: FAU travels to Marshall on Thursday for a 7 p.m. tipoff. 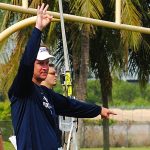 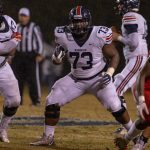