Changing of the Guards
In only a handful of spring practices FAU walk-on guard Nick Weber worked his way onto the first team. 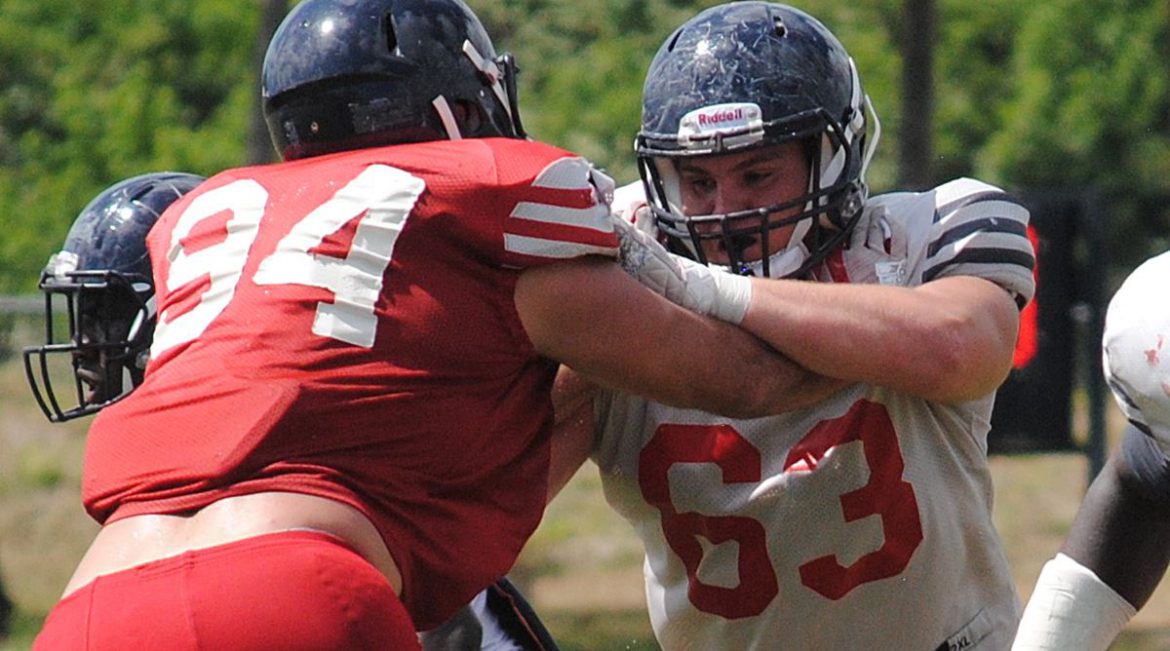 BOCA RATON – In only his second season, Nick Weber progressed from being an unheralded walk-on to a starting-caliber guard.

Weber began the spring behind William Tuihalamaka on the depth chart, but his steady play and Tuihalamaka’s inconsistencies prompted offensive line coach John Garrison to give Weber a first-team opportunity.

A redshirt sophomore Weber is excited to be working with the starters but is cognizant that spring depth charts can be fluid. Setting a foundation and making a positive impression on the coaching staff is vital for Weber to keep himself in the starting conversation come fall.

“Every day is a battle,” Weber said. “I could lose my spot any time, so I got to keep my high play level up.”

Coach Lane Kiffin recognized Weber’s starting potential from his play on scout team last season and praised the 6-foot-3, 270 pounder for making the most of his opportunity. Kiffin said there have been impactful walk-ons at all the schools he has coached for and sees no reason why he doesn’t have another one in Weber.

“I think this will be another case where he is right there in the rotation.” Kiffin said.

Weber was an avid basketball and lacrosse player growing up and credited his multi-sport background for giving him the quick feet that makes him special on the football field. Weber uses his athleticism to stay square to the line of the scrimmage in pass protection and work to the second level effectively in the run game.

Tuihalamaka on the other hand, struggles in that department. When pass blocking, Tuihalamaka tends to open his hips and run, giving the rusher a clearer lane to the quarterback.

A transfer from San Diego St., Tuihalamaka’s feet failed him in Tuesday’s team period on a screen pass to D’Anfernee McGriff. Linebacker Hosea Barnwell, Tuihalamaka’s responsibility, flew by him and clobbered McGriff moments after the running back caught the pass.

While Weber may lack Tuihalamaka’s power, he is able to create enough push off the line of scrimmage by keeping a low pad level and showing an understanding of hand placement that players his age rarely possess.

FAU will be hosting a Parkland-Douglas benefit practice and youth camp on Saturday at Fort Lauderdale’s Carter Park, and Weber, a Stoneman Douglas alumnus, is proud that his new program is taking action in recovery efforts instead of simply vocalizing its support.

Weber’s high school offensive line coach Aaron Feis was one of those who lost their lives in the February shooting on the Douglas campus. Less than two months after the tragedy, Weber will be returning to Broward County to practice in front of the friends he nearly lost.

“It will be a little tough, but you just got to do it.” Weber said. 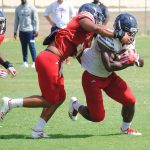