Catching Confidence
FAU WR John Mitchell's three-touchdown performance at Ball St. has him confident that he can be the Owls breakout receiver. 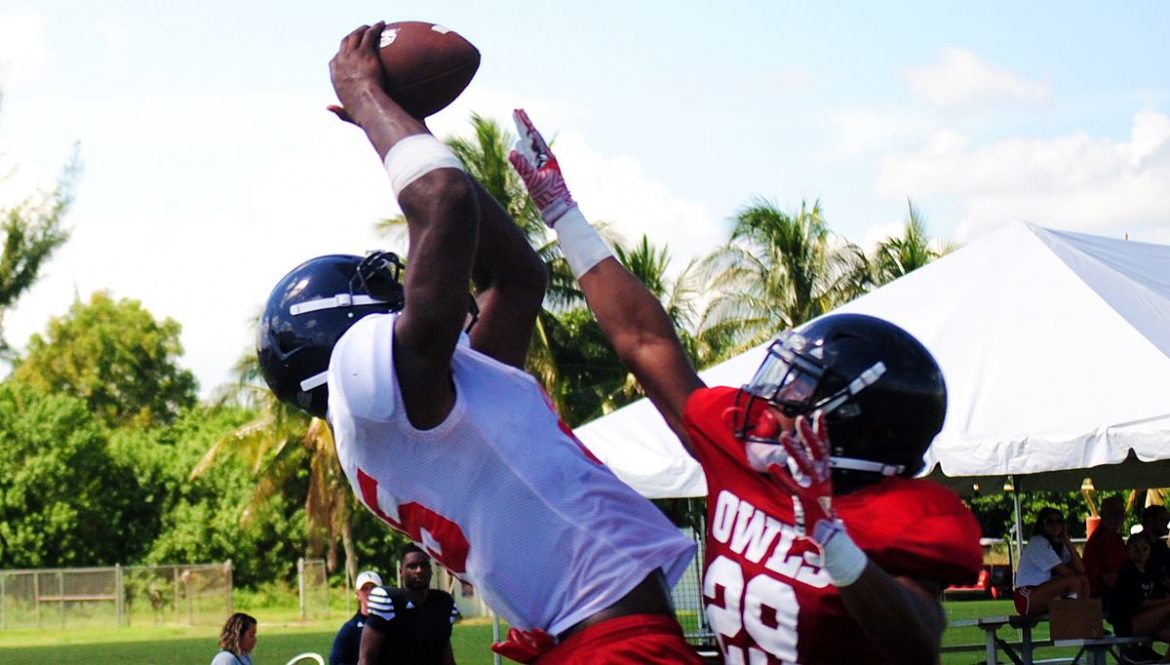 BOCA RATON – Want to improve your next airline flight?

Try catching eight passes for 124 yards and three touchdowns before boarding the plane.

After all, it worked for FAU wide receiver John Mitchell.

“It was a good feeling because I’ve had flights back where I didn’t have so good of a feeling after the game,” Mitchell said of Saturday’s return trip following FAU’s 41-31 victory over Ball St. “It was a relief and it’s something I’d rather get used to rather than the other end, the other extreme. I’m just hoping to have flights back like that the rest of the season.”

Standing 6-foot-4 and weighing 220 pounds, Mitchell’s always had the size and speed to be a dominant receiver. Injuries and a lack of confidence hindered that pursuit.

Mitchell is healthy now. And his confidence level?

“It’s up there,” Mitchell said. “It’s definitely up there. That game helped.”

Mitchell’s most impressive play, a leaping catch in the back of the end zone where he took the ball away from a Cardinals’ defender, is the kind of play the Owls practiced throughout fall camp.

Quarterback Chris Robison left the pocket and, rolling right, threw what was essentially a jump ball to Mitchell.

“The fact that Chris even threw it to me, I was kind of shocked, but he’s going to trust all of us and put the ball in the air,” Mitchell said.

For the first time Mitchell made the kind of play in a game that Robison’s seen him frequently make in practice.

“I gave him a chance and he proved to me that I can trust him at any time,” Robison said. “Every single time I threw him the ball he was catching it, making a move, making people miss – 100 percent one of my favorite targets right now.”

Coach Lane Kiffin and the Owls spent the first two weeks of the season – losses to Ohio St. and UCF – searching for production from the wide receiver unit.

Through those opening games FAU wide receivers combined to catch a total of 16 passes, with Mitchell making three of them. In Saturday’s victory over Ball St. the unit caught 21 passes. Mitchell’s leaping grab in the end zone is the Owls’ offensive highlight of the season.

“There’s been a big challenge for huge plays, big aggressive plays,” Mitchell said, referring to that third touchdown. “I saw it and I went up and got it just like I’ve done before and I feel like I should have been doing all season.”

Now that he’s made that kind of play in a game, now that he’s proven he’s capable of big games, Mitchell’s confident he can provide repeat performances.

“If you ever get down on yourself, which can happen, you think back and you say, ‘I’ve done this before, I’ve seen this happen before. I’ve seen it on film, I saw myself do it before, just do it again,’” Mitchell said. “And that kind of helps wash away all the stress and the worries that you can possibly be thinking of.” 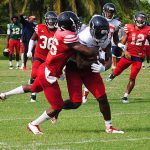