Bye Week Talk
A three-game winning streak, a 1-0 start to C-USA and some bye week experimentation provided plenty of topics for the OwlTalk FAU football podcast.

BOCA RATON – FAU football doesn’t play this weekend, but OwlTalk with Brian Rowitz isn’t about to use that as a reason to start slacking.

There’s still plenty to discuss – and most of it is positive for the Owls.

Does that bode well for FAU in C-USA play? That’s one of the topics examined by Rowitz. of ESPN West Palm fame, and our Chuck King.

The duo also discusses some of the changes FAU is trying during the bye week, along with the beginning of preparation for the Oct. 12 home game against Middle Tennessee.

The bye week does afford Rowitz and King the opportunity to delve into some national news across the college football landscape. In particular the duo examines how California’s new law allowing athletes to receive compensation for their likenesses, which takes effect in 2023, could affect FAU and the world of college football in general.

So do yourself a favor. Take 10 minutes and listen to OwlTalk, the first and still finest FAU football podcast. It will make you a better fan. 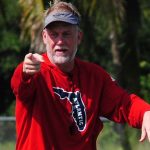