Burnt-Out Orange
While Texas may be bigger, two former Longhorns now at FAU say the conditioning program at Florida Atlantic is better. 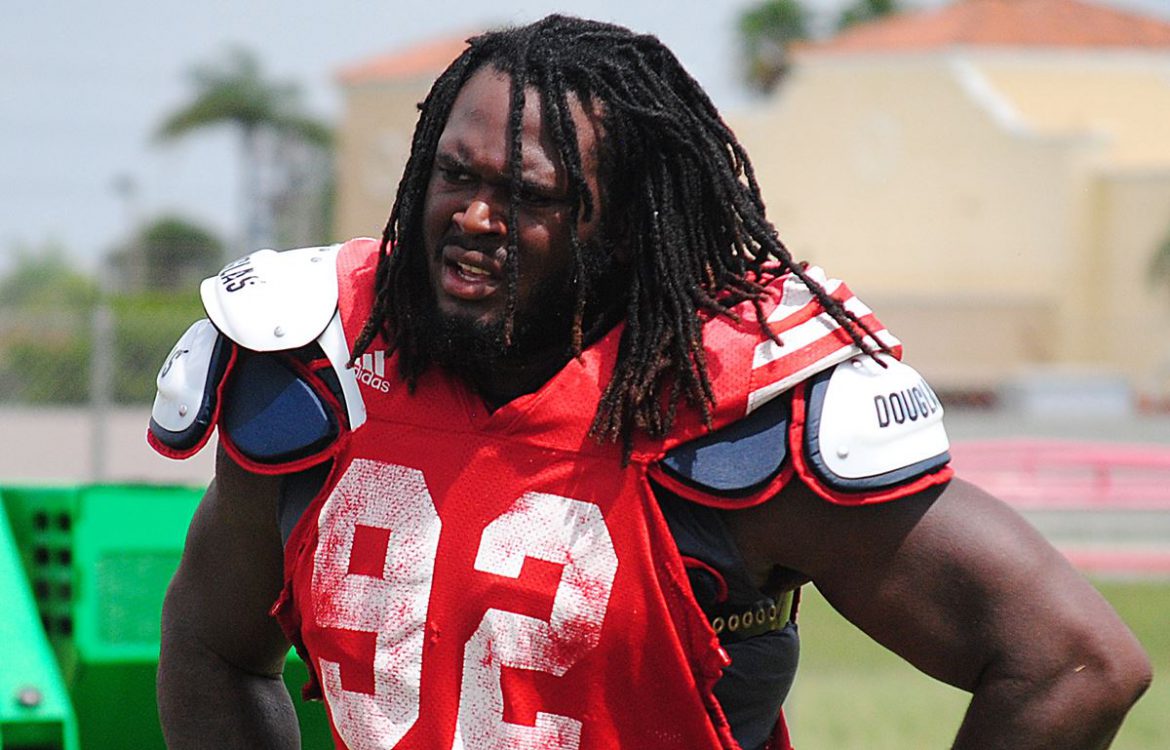 BOCA RATON – Having once played at a prestigious Power Five program, former Texas Longhorns DeAndre McNeal and Marcel Southall thought they knew the hardest a conditioning program can be.

They were in for a surprise.

“I was shocked. It’s a whole different level than Texas,” Southall said of strength and conditioning coach Wilson Love’s “fourth quarter” workouts. “It got me back in shape, pushing me to a different level that I haven’t been pushed before.”

The 6-foot-3 Southall shed 20 pounds since stepping foot on campus this summer, reaching his ideal playing weight of 270 pounds.

He credits that physical transformation to the “fourth quarter” workout program.

“It was just a different beast that I haven’t seen before,” said Southall, redshirt-sophomore defensive tackle. “It got my body right, I haven’t felt this good since high school.”

The year before Southall’s arrival, another former Longhorn and JUCO transfer completed the journey from Austin, Texas, to Boca Raton. He has an idea why the two conditioning programs are different: the mindset behind them.

McNeal says FAU’s coaches constantly harp on the importance of being accountable: if any offensive player messes up, the entire unit is punished. It’s a vastly different philosophy than at Texas where he said the mindset was “a little bit more relaxed” around organized workouts.

McNeal recalls his new teammates trying to warn him about the difficulty of Love’s workouts. He shrugged them off, not expecting too much of a challenge considering he’d already experienced a Power Five training regimen.

He was quickly proven wrong, determining that the FAU strength program is substantially more rigorous than Texas’.

“Oh yes, by far,” McNeal said. “The fourth quarter program is no joke, I can definitely say that.”

Both McNeal and Southall exited Texas before the current coaching regime arrived.

McNeal, who prior to coming to FAU never ran a 100-yard sprint test before, said he’d “never seen a football field get turned into a track field,” until beginning Love’s workouts.

It’s a football axiom that hard work in the summer creates winners in the fall.

McNeal watched FAU’s conditioning program do exactly that last season, watching the Owls “accelerate even more”, as his team stays fresh late in the season while their opponents are breaking down.

The 2017 Owls were a prime example of that late acceleration. After starting 1-3, they finished the season on a 10 game win streak, including a victory in the conference championship and Boca Raton Bowl.

Taking notice of FAU’s strong finish, other programs tried to lure Love, who came with Kiffin from Alabama, away from Boca Raton. Coach Lane Kiffin wasn’t about to let his first hire as FAU coach walk away.

“As you continue to just look at your program you realize that that really is probably the most important coach that you have, maybe comparable to the coordinator on the opposite side of the ball as you as head coach,” Kiffin said.

“I also think it’s part of appreciation for that role – not just here but anywhere,” Kiffin said.

Chuck King contributed to this story 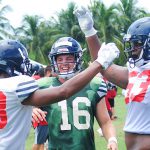 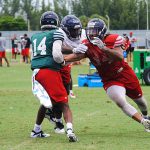