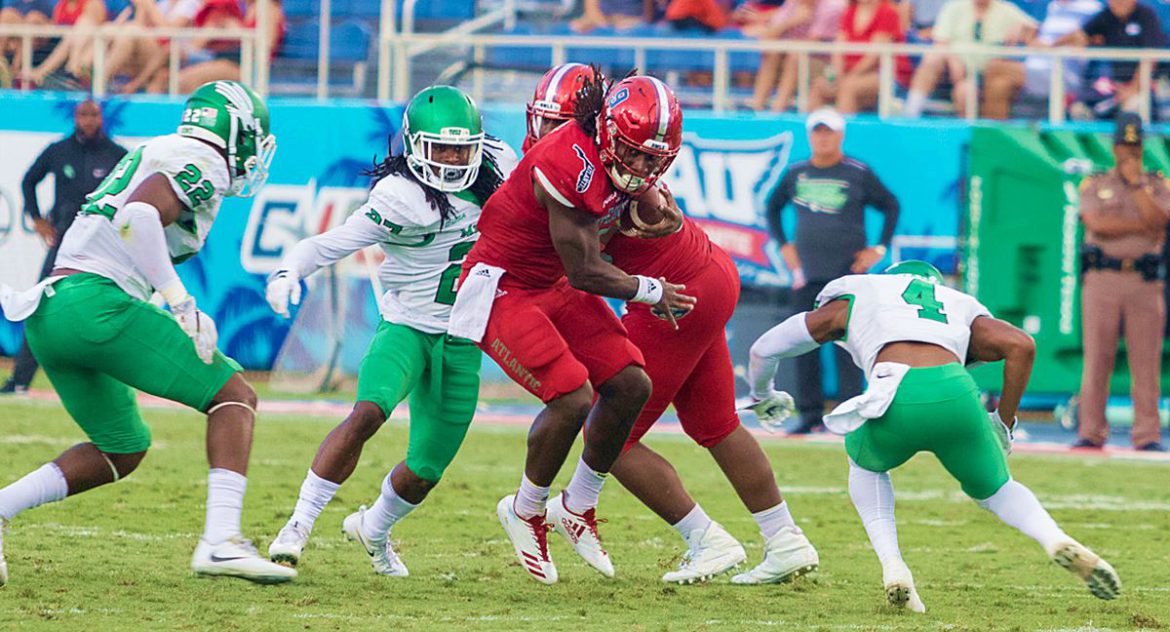 FAU running back Buddy Howell makes a move in the hole against North Texas. (OwlAccess.com photo)

“It’s a good feeling to be able to stay home and showcase my talents once again,” Howell said.

Howell averaged a team-high 6.6 yards per carry en route to 740 yards and five touchdowns last season as Devin Singeltary’s backup. During his career the Coral Gables product rushed for 2,419 yards and 22 scores.

No FAU players heard their names called during this weekend’s draft. Once the draft concludes, all undrafted players become free agents and can sign with any interested team.

Miami representatives reached out to Howell before the draft concluded to tell him they were interested in bringing him to camp as a free agent.

“It was a pretty easy decision to stay home,” Howell said.

The vast majority of Joseph’s kickoffs went for touchbacks last season. FAU’s all-time leading scorer, Joseph only made 15 of his 21 field goal attempts in 2017

Franklin said his agent is still talking with multiple NFL teams in hopes of landing a free agent contract.

A former quarterback, Franklin transferred to FAU from Auburn during fall camp. Franklin ran a 4.4 40-yard dash at FAU’s pro day (some clocked him in the high 4.3s). During his lone season at FAU, the former quarterback caught seven passes for 95 yards and a touchdown. He also carried the ball 16 times for 242 yards and two scores.

Woods missed the first half of FAU’s 2017 season after being charged with two counts of felony battery for his role in an off-campus fight. Once FAU lifted the suspension, Woods caught 24 passes for 619 yards and four touchdowns..

At 6-foot-3 and 189 pounds, Woods had long flashed big play ability during practice. This season he made plays in games, too. 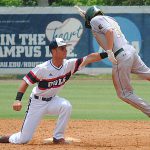