Buckeye Talk
OwlTalk, the first and still finest FAU football podcast, returns for another season. What can FAU fans expect at Ohio St.? What's the Owls overall outlook? It's all here.

BOCA RATON – Welcome back to a new season of OwlTalk, the first and still finest podcast covering FAU football.

The Owls kick off their season on Saturday at Ohio St. but, before we get to that, Lane Kiffin and fall camp provided plenty of ground to cover.

For starters, is it really an FAU fall camp if there isn’t a quarterback battle? Of course not. Who will win that battle? Well, Kiffin hasn’t said yet but we think we know. Actually, it doesn’t seem like a big secret.

But that’s not even the most interesting question on the offensive side of the ball heading to Columbus, Ohio. Both Chris Robison and Nick Tronti appear to have the quarterbacking skill to lead the Owls this season.

More importantly, do the Owls have any receivers to catch the ball? And will they be able to block anyone, let alone the front seven on the No. 5 team in the country?

Defensively, new coordinator Glenn Spencer’s scheme looks like a winner, but the defense performed well in fall camp only to fall apart during the season.

Was this fall another mirage, or is this defense similar to the 2017 Conference USA championship team?

Host Brian Rowitz of ESPN West Palm and our Chuck King also examine the outlook for Saturday’s Ohio St. game and the prospects for the season beyond. It’s more than likely that some FAU fans won’t like the way at least one of them sees the season unfolding.

So take a quick rest from your Hurricane Dorian preparation and enjoy OwlTalk. Your ears – and your blood pressure – will thank you for it… 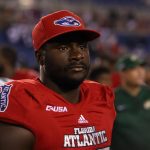 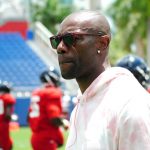