Brothers in arms
The FAU running back battle features a talented senior second-stringer in Jay Warren who is working to ensure the starter, junior Buddy Howell, is at his best. 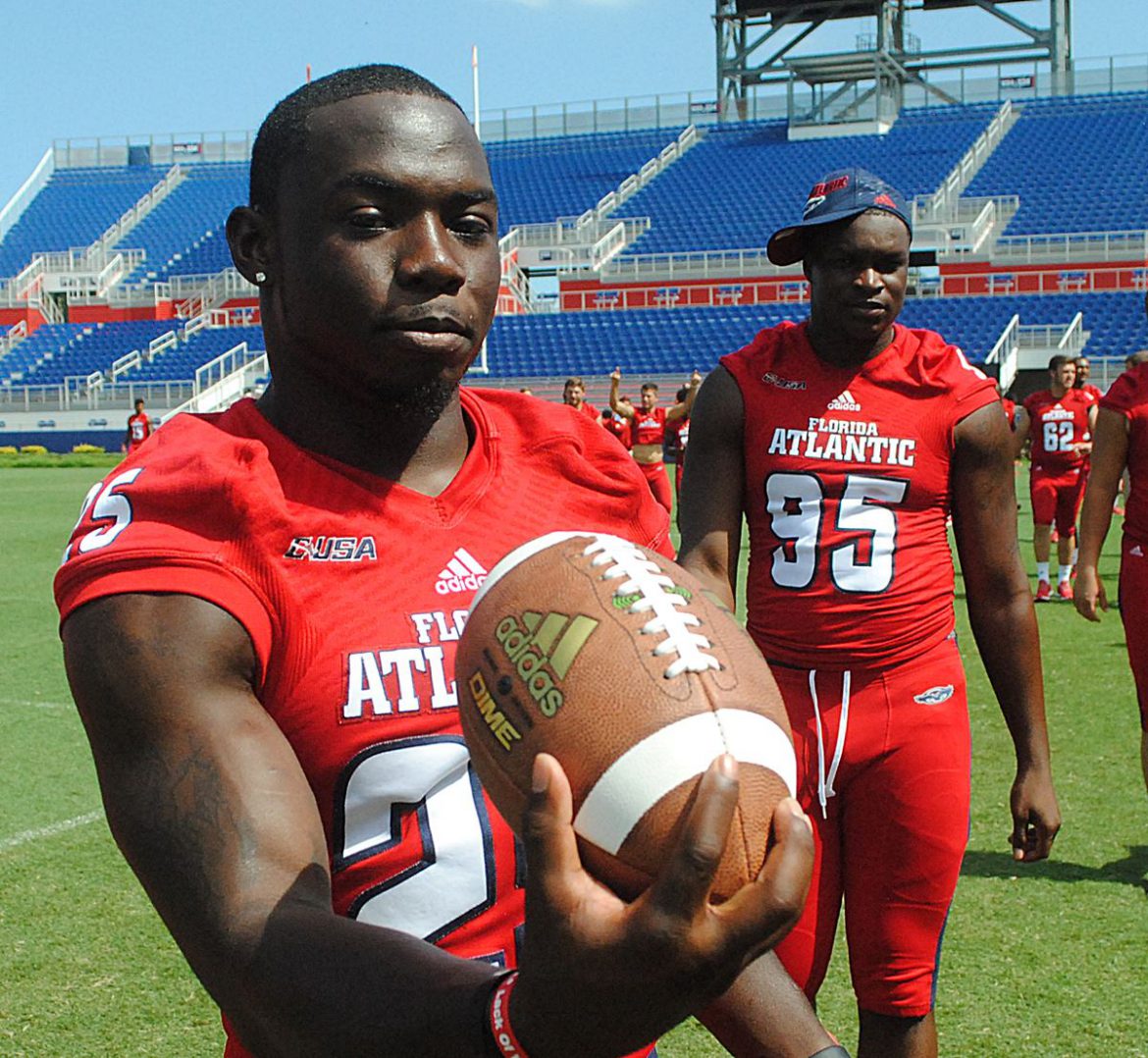 BOCA RATON – When fighting for a job and the opportunity to get the bulk of the snaps on game day, friendships with competitors can get challenging. Even as they continue to fight for plays, however, Florida Atlantic running backs Jay Warren and Buddy Howell refuse to let competition destroy their friendship.

“Me and Buddy, we’ve become almost like brothers – I look at Buddy as like a little brother – and us working together has made us all better,” Warren said.

Warren is the older brother in the relationship and while he may be the role model, with two weeks until the season opener, he isn’t he lead ball carrier.

That distinction goes to Howell, a junior, who  who averaged more than four-and-a-half yards for the Owls last year – with six games of at least 60 rushing yards.

“We’re teaching each other, we’re taking keys from one another and we’re putting that in the game,” Howell said.

A relationship that could have become disruptive is actually more familial.

“I think you have to give [running backs coach Jared] Allen a lot of credit [for Jay and Buddy’s relationship] because that’s not an easy thing to manage,” Partridge said. “It’s not easy when Buddy’s the starter at this point and for Jay to embrace it the way he has.”

With the quarterback battle still ongoing, the need to implement a strong running game is of greater importance for the Owls. Luckily for coach Charlie Partridge and first-year offensive coordinator Travis Trickett, the Owls have a dynamic duo in Warren and Howell who are in the new scheme.

“We’re loving some of the play calls by coach Trickett and it’s been a great experience so far,” Warren said. “The offensive line guys are doing a great job paving holes and as a running back, I feel confident when I see those guys working together to create a gap for me to run through.”

Howell burst ahead of Warren in the running back battle during spring practice, when the Owls kept Warren out of contact drills.

A hamstring tweak limited Warren earlier in fall camp, but he’d returned to full contact and has looked fast and strong when carrying the ball.

“As far as a one-two punch goes, yeah, having physical backs help,” Allen said. “They are both similar in the fact that they are both bigger backs, they play lower, they can take hits, they can protect the quarterbacks. They are very similar in their style — Jay is really patient on inside zone and Buddy’s really, really good on the gap schemes and powers and stuff like that.”

In an offense that already features playmakers Nate Terry and Tyler Cameron, opposing defenses will have to make sure that the upperclassman duo doesn’t tear them to shreds the way they did Miami last season. On a combined 24 rushes against the Hurricanes, Warren and Howell piled up 210 rushing yards — nearly nine yards a carry — against then-coordinator Mark D’Onofrio’s defense in a nationally televised performance.

Warren, alone, gained 132 yards in the first half against the Hurricanes before leaving with what was termed a rib injury. That injury dogged Warren much of last season, but he did end the season by rushing for 150 yards.

“You can point to that half [against Miami], and ODU, he’s had some really good flashes at times in his FAU history here –- Miami probably topping them far as putting a whole half together,” Allen said.

As camp comes to a close Warren and Howell are trying to pass the brotherly bond own to some of the younger backs.

“For the running backs, all they have to do is trust their reads,” Trickett said. “That’s one of the beautiful things about football; if you go to any NFL team, they all have a big sign that says ‘Do Your Job’ and it’s really the same thing with us. If you try to worry about that guy’s job or that guy’s job, then you do too much and the defense gets you. But, we have great faith in each other that everyone is going to do their job.”

Brothers in arms
The FAU running back battle features a talented senior second-stringer in Jay Warren who is working to ensure the starter, junior Buddy Howell, is at his best.
was last modified: August 27th, 2016 by FauOwlAccess
0 comment
0
Facebook Twitter Google + Pinterest 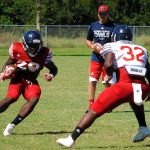 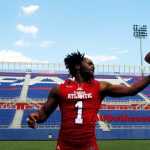