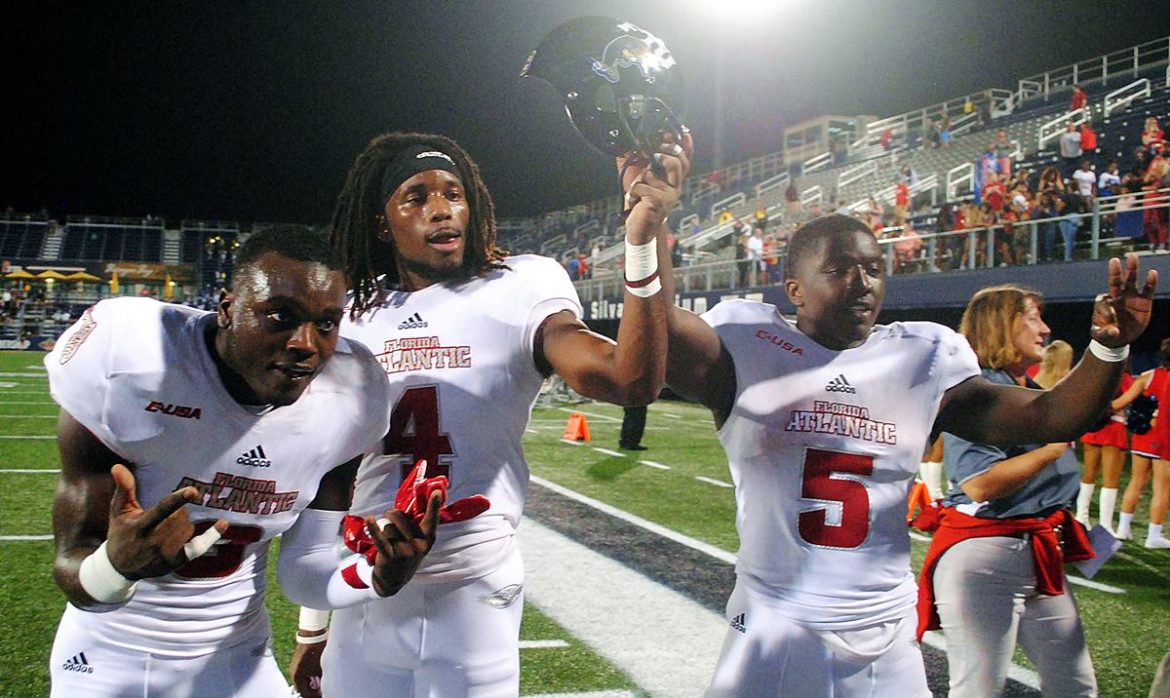 BOCA RATON – Injuries are an unfortunate but often inevitable part of the game, a fact FAU defensive back Ahman Ross learned that the hard way after tearing his ACL weeks before the 2017 season.

His response to that adversity, however, was anything but inevitable. And it’s helped him man one of FAU’s most important positions this spring.

“It seemed like I was a fan for the first time in my life,” Ross said, smiling in reflection.

The injury prevented Ross from impacting the game on the field. So, he was determined to make an impact off of it, coaching and supporting his teammates through their Conference USA Championship season.

But Ross, a former Miami commit, came to FAU to be more than a good teammate; he wanted to be a playmaker as well. And his time on the sidelines reignited that passion for an offseason return.

“I was grateful to be back on the field,” Ross said. “Sitting out a year and being out injured, you watch the game from a different perspective.”

Still acclimating to the speed of college football, Ross wasn’t an immediate contributor in 2018. But his eventual debut was a memorable one. Ross recorded four tackles and a forced fumble against Bethune-Cookman, his first game as a full-time special teamer.

Running down kicks is viewed as grunt work for some. Ross, however, took pride in it.

“It’s something that you don’t take for granted,” he added. “So, just being out there every game, no matter who we played, no matter where we played, I always took every single snap like if it was my last.”

Ross turned heads with more than his strong special teams play. As a scout-team player, he practiced against the starting offense every day and gave the unit headaches.

That’s how he made a fan out of FAU coach Lane Kiffin.

“I mean he’s not the biggest, fastest guy, but he always finds a way to make plays,” Kiffin said.

Now, a year and a half removed from the ACL tear, Ross is getting his first opportunity as a starter. He’s playing the “star” position behind Quran Hafiz, a nickel corner/safety hybrid that’s a key to lining up the entire defense.

Communicating calls and getting everybody on the same page is a big responsibility for Ross. But it’s one he prepared for subconsciously while sidelined in 2017, when he locked into the cerebral aspects of the game and bonded with his teammates rather than losing spirit.

During that year, Ross stayed on campus during his teammates’ road games and recorded their highlights. He grew to love video by season’s end. This year, however, Ross is ready to make some highlights of his own. 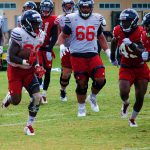 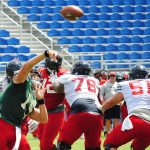