Bases Loaded
It's not simply that FAU baseball continued its winning ways, it's the way FAU won and who the Owls beat that makes their season the No. 5 FAU sports story of the year. 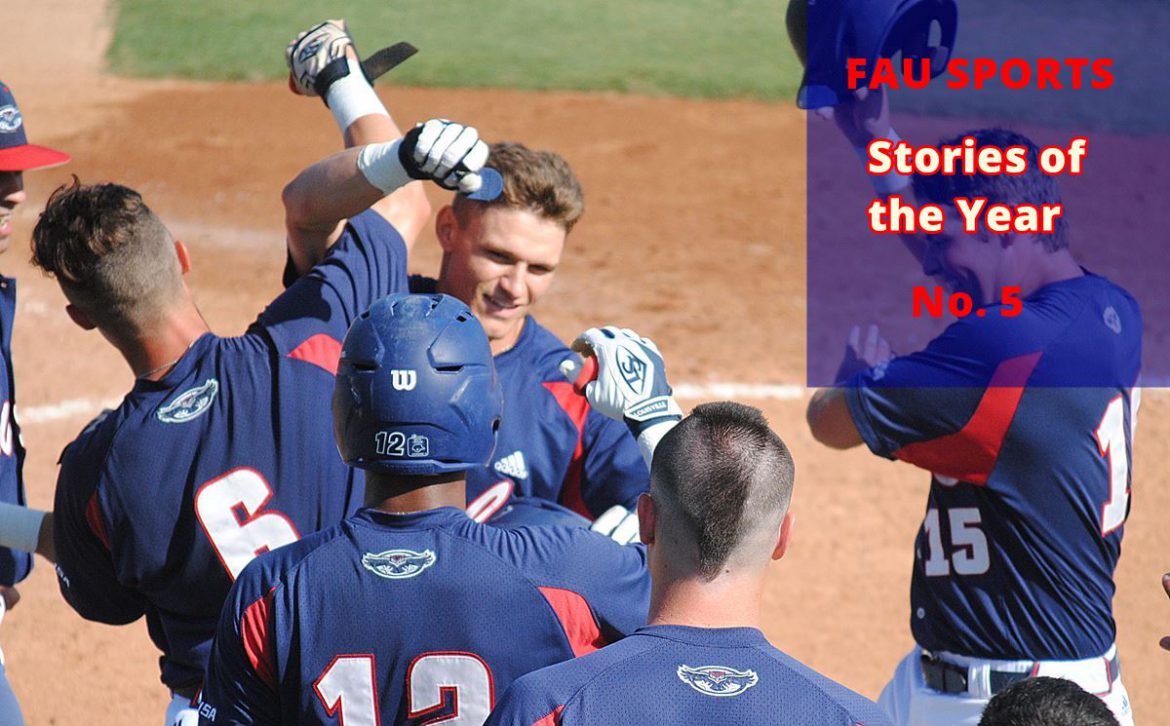 Cody Wilson is congratulated by his teammates after hitting a home run against UTSA. (OwlAccess.com photo)

The 2018 FAU baseball season had a special feeling from the start. The Owls won seven of their first eight games – a stretch that included a victory over Miami – with the only loss coming at No. 1 Florida.

FAU kept a steady pace throughout the season, though injuries to the rotation and some of its most important bats forced the Owls to limp to a third place finish in Conference USA play.

Entering the C-USA tournament the Owls recognized they likely needed a couple wins to solidify their NCAA tournament at-large hopes. They accomplished that and more.

In a tournament marred by rain delays, FAU defeated Rice in an elimination game that lasted well past midnight. The Owls finally ran out of gas – actually, ran out of pitchers – in the C-USA finals against Southern Miss, but their run to the championship game ensured an NCAA tournament berth.

FAU lost the opener in Gainesville, but rebounded to reach the regionals’ final day, where the Owls needed to win twice against still-No. 1 Florida.

In front of a national television audience, the Owls knocked off the Gators in the first game of the day and actually led midway through the nightcap before a late Florida rally ended FAU’s season.

During the final game Tampa Bay selected shortstop Tyler Frank in the second round of the 2018 MLB Draft with overall pick No. 56, making Frank the second highest FAU draft pick in program history. In the days that followed five more Owls would be selected in the draft.

For starters, winning is always important. That’s why they play the games, right?

The way the Owls won made them easy for fans to embrace. They were resilient. At one point in the season two of their three weekend starters were injured. Catcher and cleanup hitter Pedro Pages missed significant time because of hand surgery yet managed to return for regionals.

With Pages out, Gunnar Lambert moved from first base to catcher, and even played right field late in the elimination game against Rice when the Owls ran out of position players. McCormack started his closer against No. 1 Florida – and won. FAU won marathon games. The Owls rallied to overcome large deficits and win.

Though the Gators eventually ended the Owls’ season, FAU did knock off the No. 1 team in the nation earlier in the day. FAU also swept Miami for the first time in program history, and the victory over Rice in the C-USA tournament ended the career of legendary coach Wayne Graham.

By having six players drafted, FAU once again showed recruits that Boca Raton can be a pathway to professional baseball.

And by playing exciting, winning baseball McCormack and his Owls showed new athletic director Brian White why baseball has been the premiere FAU sport and needs to be supported financially.

Bases Loaded
It's not simply that FAU baseball continued its winning ways, it's the way FAU won and who the Owls beat that makes their season the No. 5 FAU sports story of the year.
was last modified: June 22nd, 2018 by Chuck King
0 comment
2
Facebook Twitter Google + Pinterest 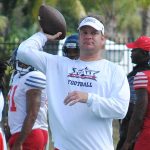