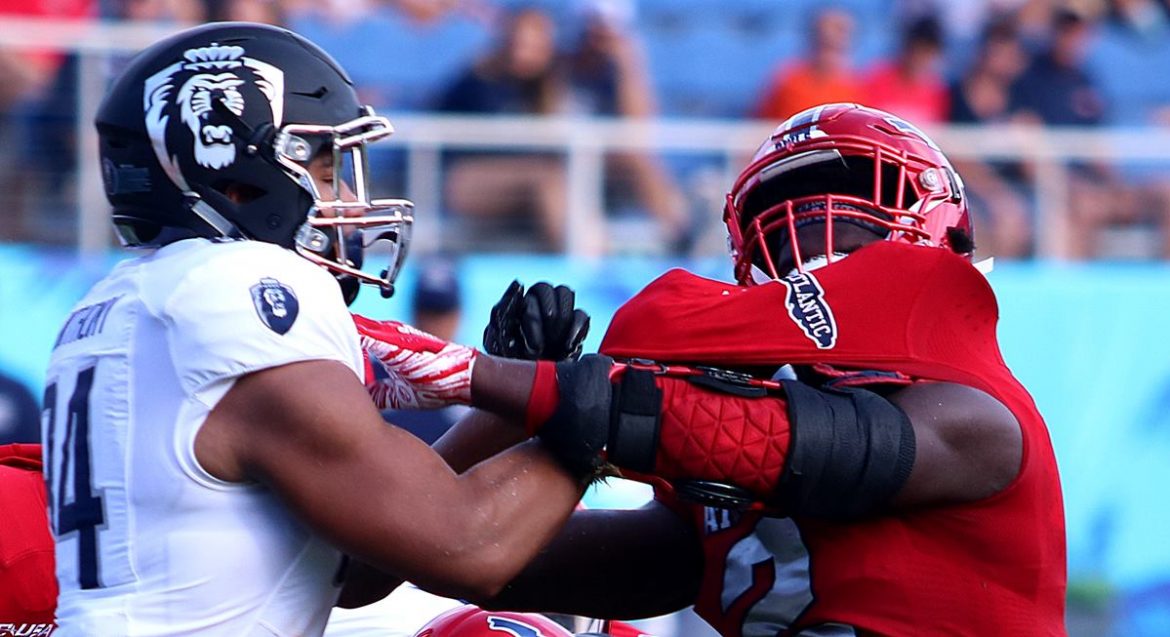 FAU LB Azeez Al-Shaair attempts to break away from an ODU defender during the Owls' 52-33 victory over the Monarchs. (Photo By Bongo).

BOCA RATON – FAU may be without one of its best players as it tries to stop one of the best teams remaining on its schedule.

Al-Shaair’s status for Saturday’s game at Marshall remains in doubt.

“Hopefully he will be [out there] tomorrow,” Kiffin said.

FAU’s career leader in tackles, Al-Shaair currently sits second among Owls with 43 stops on the season.

During the offseason Al-Shaair underwent surgery to replace the UCL in his left elbow (Tommy John surgery) and has been wearing a brace on the elbow all season.

“It’ll be a big obstacle as he’s one of the leaders on the defense but like we say, each player that steps out on the field is a (starter),” safety Jalen Young said. “That player, if he plays or if he doesn’t, that player that steps up just has to be that (starter) that day. That’s how it is.”

Kiffin elected not to elaborate on whether Al-Shaair’s absence was prompted by injury or something off the field.

“You know I don’t really talk about that,” Kiffin said. “Hopefully he will be out there tomorrow.

In past weeks players have missed at least part of a practice and still started in that week’s games. 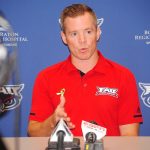