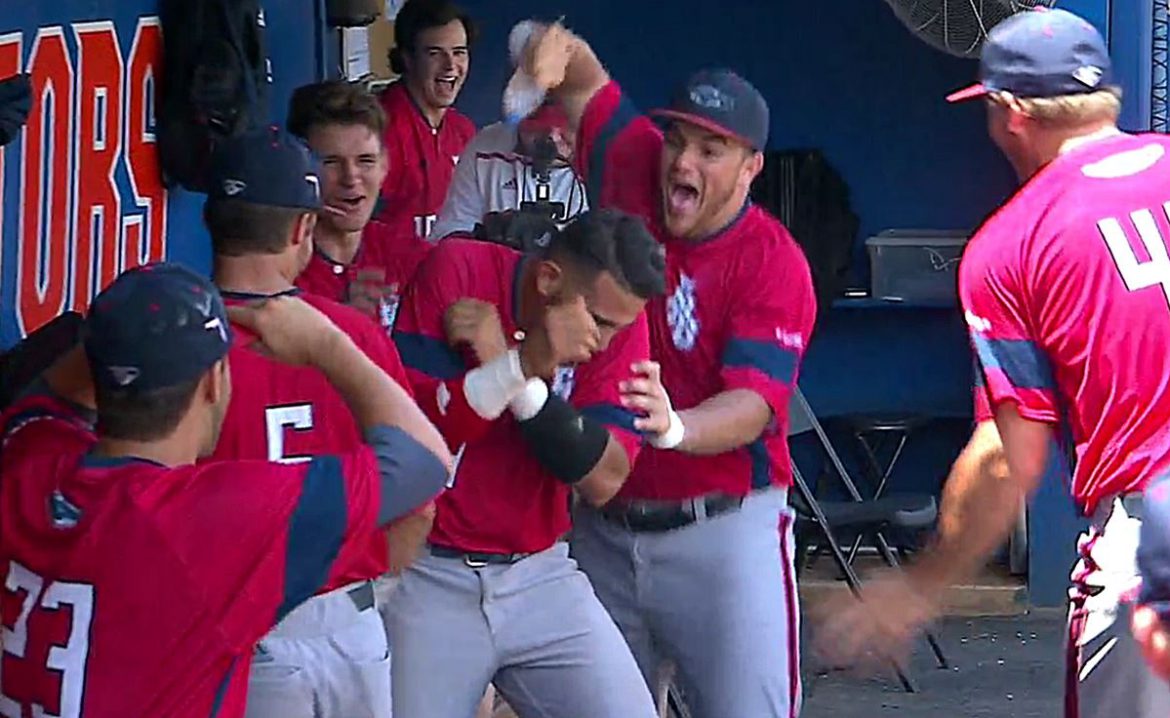 FAU players mob Kevin Abraham in the dugout following his solo home run against Columbia in the 2018 Gainesville regional.

No. 3 FAU removed all concern early that its baseball season could end on Saturday by scoring six first-inning runs in a 11-2 victory over No. 4 seed Columbia in the losers bracket of the NCAA tournament’s Gainesville regional.

The first six batters of the game reached base for FAU. Even the Owls’ first out, a sacrifice fly to center off the bat of Kevin Abraham, proved productive. The Owls sent 12 batters to the plate in the top of the first inning, which didn’t conclude until David Miranda struck out with the bases loaded.

“We had to score early,” FAU coach John McCormack said. “We had to set the tone.”

That support proved plenty for starter Mark Nowatnick, who needed only 51 pitches to sail through an efficient four shutout innings. With the game in hand early, McCormack pulled Nowatnick ensuing the righty’s availability should the Owls continue to extend their tournament run.

FAU still has ace Jake Miednik available for one of Sunday’s games. Should the Owls win the final game of the losers bracket, they advance to face the winner of that Florida vs. Jacksonville game.

McCormack chose not to start Miednik in Friday’s opening game loss to Jacksonville, electing to reserve him for a potential winners bracket game against Florida that never materialized.

McCormack understands the risk involved with waiting to use his ace.

“I told him there’s a shot you don’t pitch in this thing,” McCormack said.

Miranda’s two-RBI single in the third boosted FAU’s lead to 8-0.

Andru Summerall added an opposite field home run to left in the ninth, providing the Owls’ final run.

The loss eliminates Columbia from the tournament. 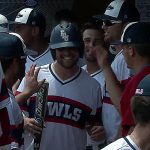