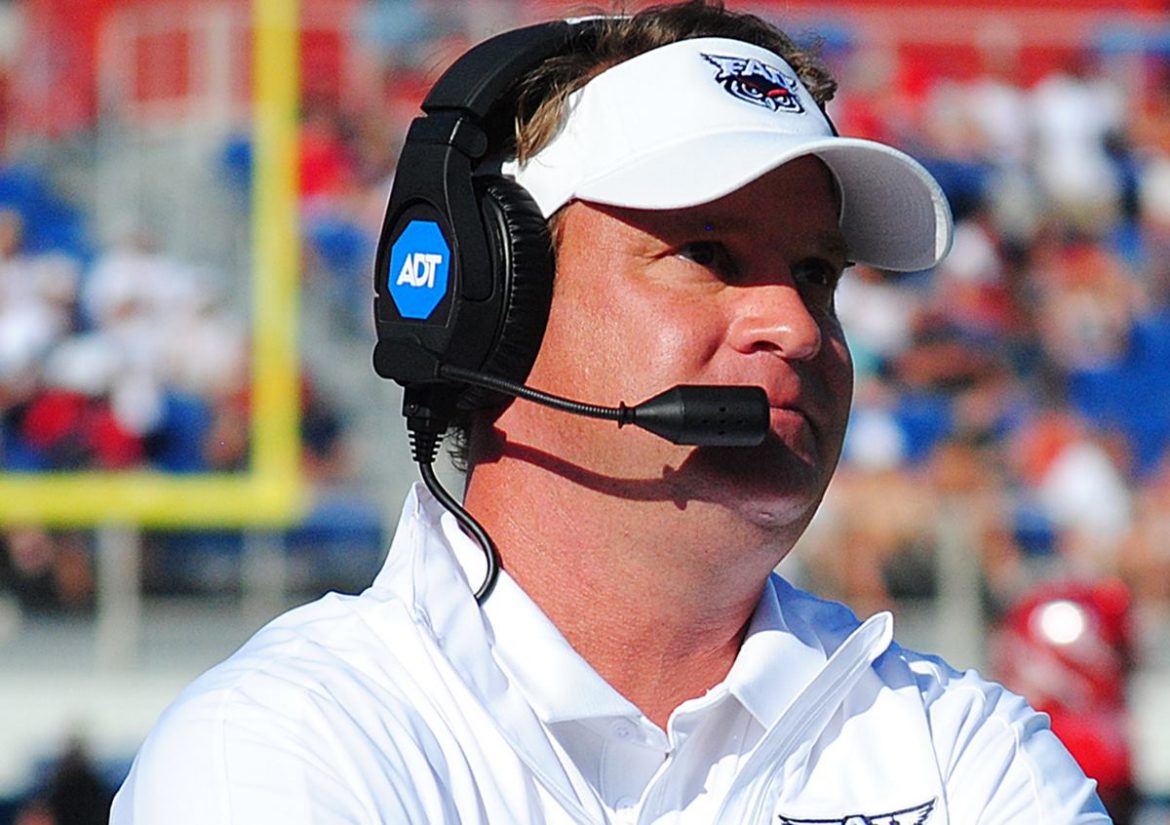 FAU paid Kiffin a $1 million salary this season, but considering the relevant buyout clauses in Kiffin’s contract, FAU cost Kiffin a total compensation package of approximately $667,000 per year to coach the Owls from 2017-19 – and that includes the cost of the $2 million waterfront home Florida Atlantic helped Kiffin buy.

Based on the USA Today coaching salary survey for 2018, that would make Kiffin Conference USA’s fourth lowest paid coach that season.

In Dec. of 2017 FAU signed Kiffin to a five-year contract that paid an annual salary of $950,000, a base that increased $50,000 each year. Over Kiffin’s three-year tenure FAU paid him $3 million in base salary. However FAU attached a $2.5 million buyout clause to the contract, lowering the buyout $500,000 each time the calendar reached Jan. 1. That only happened twice during Kiffin’s tenure, so the salary buyout owed FAU is $1.5 million.

FAU loaned Kiffin the additional $2 million to purchase a home, forgiving $400,000 from the principal amount for each year he remained at FAU. The triggering date on that forgiveness was Dec. 1, so Kiffin still owes about $800,000, plus applicable interest.

Combine the total salary, the $1.2 million in loan forgiveness, and add about another $100,000 Kiffin earned in bonuses, and FAU paid Kiffin about $4.3 million during his time in Boca Raton,

Kiffin owes FAU $2.3 million for his buyout – a fee almost certainly covered by Mississippi. When collected, FAU’s net payment to Kiffin will be in the neighborhood of $2 million for three years.

Quite the bargain – and a pretty good business model if it could be repeated consistently.

Now, Kiffin did insist as part of his original negotiation on a significantly higher assistant salary pool than FAU had ever paid. Feel free to factor that money into the cost of Kiffin’s tenure, but realize that before Kiffin Florida Atlantic was woefully behind other comparable programs in that respect. And it’s difficult to argue that the money afforded to Kiffin to hire quality assistants wasn’t well spent.

Kiffin reportedly made in the neighborhood of $1.5 million in his final year as Alabama’s offensive coordinator before jumping to FAU. Adding the home loan forgiveness to his base salary allowed Kiffin to make about the same amount per year while in Boca Raton.

Mississippi will reportedly pay Kiffin a base salary of $4 million.

Known as a bad breaker-upper, Kiffin left FAU in significantly better position than when he arrived. He’d been run out of town or exited by choice under the cloak of darkness at all of his previous head coaching jobs.

“Special team, special place,” Kiffin said in the postgame press conference. “It’s one thing to go to a place that’s won a bunch and continue that. It’s another thing to really build something. I’ve kind of always compared it to a house. You can go buy a really nice house. There’s a difference if you build that house in how you feel about that house. That’s really how I feel about this team. Special coaches, special people, special leadership. It’s an awesome house.” 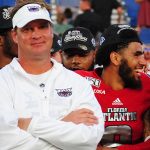 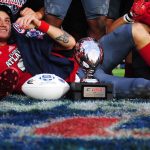