BOCA RATON – Three months ago FAU didn’t figure to be in this position.

The defending Conference USA champions were picked to repeat. A second-consecutive bowl bid was a certainty.

The season hasn’t worked out that way.

Coming off last week’s loss to North Texas, FAU must win on Saturday vs. Charlotte to become bowl eligible. Even then a bowl bid isn’t a certainty.

What do the Owls need to do to defeat Charlotte and become bowl eligible? That’s one of the main topics of discussion on a special edition of OwlTalk.

With Brian Rowitz vacationing this week, none other than Ken LaVicka, the voice of the Owls, fills in as host on OwlTalk – the first and still finest FAU football podcast.

LaVicka and our Chuck King review what was an entertaining game against North Texas that ultimately ended in frustration for coach Lane Kiffin and FAU fans. The duo tackles some controversial calls and interesting strategy decisions.

They also look ahead to Saturday’s game against a Charlotte team that announced earlier in the week it would not be retaining coach Brad Lambert. What effect will that decision have on the 49ers? That’s another topic of discussion on OwlTalk.

So give the OwlTalk football podcast a listen. It will make you a better fan. 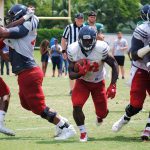 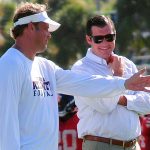